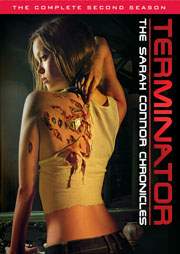 It seems to be a rather sad truth if there is a good sci-fi series on the TV then it is going to get cancelled before it reaches its natural conclusion. Firefly is probably the best-known example but there have been plenty more that have met a similar fate of being axed mid-season.

Although Terminator: The Sarah Connor Chronicles didn't suffer that misfortune and made it until the end of its second season, it was axed with an unresolved season cliffhanger. What is even more galling is the fact the amount of money spent on latest TERMINATOR movie could have seen the series through to a satisfactory conclusion, and left some change as well.

Sci-fi seems to work on television than in the cinema because of its expansive universe and depth of storytelling possibilities - STARGATE being a prime example. Conversely TV shows rarely work well as movies.

The whole concept behind TERMINATOR is an excellent one that produced two good movies and two not-so-good ones, and a strong TV series with great storytelling that made up for any lack of special effects, and even they were a match for what was done on the original movies, thanks to the power and reduced costs of modern CGI. 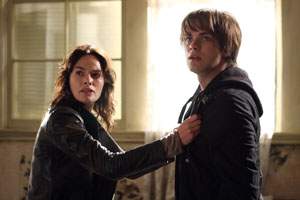 The series is set after the events of TERMINATOR 2, but in a different timeline shown in T3 because Cameron (Summer Glau), a Terminator the future John Connor (Thomas Dekker) sent back to protect his younger self, jumps them to the present day, avoiding the cancer that killed Sarah (Lena Headey) in the T3 storyline.

Taking off from where the first season ended, Sarah, John and Cameron are still intent on destroying Skynet while being pursued by the feds, a terminator and their own past/future. It also doesn't help that John is a headstrong 16-year-old, with an interest in a girl who isn't exactly who she appears to be, and also having to deal with his steel-willed mother, and the slightly whacky Cameron.

With its complex story arcs and interesting new characters, this show has done a great job of enhancing James Cameron's Terminator universe. It was definitely one of the better sci-fi shows on TV at the time, even if it was hidden away on Virgin1 in the UK. 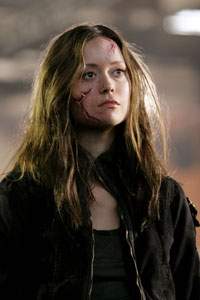 There has been an active campaign to get the show re-commissioned, and there are strong rumours of a TV movie being made to tie-up the loose ends of the season/series finale, which could be depend on the sales of this DVD release making it a reality. If you didn't see it when it aired then it really is worth checking out on DVD/Blu-ray.

Apart from all the 22 episodes, the second season box set has a stack of special features including episode commentaries, deleted scenes and behind-the-scenes featurettes that are worth taking a look at.

Terminator: Sarah Connor Chronicles Season 2 is out now on DVD / BD and can be ordered from Play

To celebrate the release, we have three Blu-ray box sets of Season 2 to give away, courtesy of Warner Home Video. To be in with a chance of winning, please click on the link below. Competition closes 18 December 2009.