SUBMISSIONS FOR THE 2019 FESTIVAL ARE OPEN!

Submitting to SCI-FI-LONDON costs BUT the earlier you submit the cheaper it is.

We used to be a free-to-submit festival but have had to introduce a small fee to help us make the event happen.

If you have submitted in the past and been accepted to the festival, having your film shown in any edition of the festival, we are happy to grant you a fee waiver for new submissions. Please contact us for details.

It is a simple process.  Join filmfreeway.com, submit your movie via an online screener.  We watch it, if we think it fits the line-up then it is in!

We do not normally have budget to bring cast, crew, producers or directors to London but we do have beer, candy and goodies and we have been told our festival is the friendliest in the world! If you can make it to the festival let us know, you will be very welcome.

If you have had a feature film in the festival in the past, please ask us about a waiver!

So, send us your movie!

A short film for us is between 1 and 15 minutes. It is extremely rare that we screen anything longer than 15 minutes, but we have done each year. We like to show short films and prefer to show a selection of good 5-8 minute films than one long 25 minute film.

A SCI-FI-LONDON policy is that every feature film is presented with at least one short film from our selection, even World Premieres (Ken Russell's THE FALL OF THE LOUSE OF USHER, Japanese animation MALICE DOLL, Phil Leirness' SPECTRES, Juan Carlos Fresnadillo's 28 WEEKS LATER) and GHOSTS WITH SHIT JOBS at the festival all screened with a short film.

As well as shorts being screened with some features, we screen them altogether at our 'blink of an eye' shorts screenings. These are nearly always sold out!

We want your movies!

It can be tough sometimes to convince big distributors to put a movie in to a festival, especially when they see it as genre and maybe a bit "geeky". Well, if we are geeks, we are proud :) - But we do have a great festival and a good crowd. They are intelligent and have great taste in movies... maybe that's what some film makers are afraid of? a bad reception??

Rest assured Mr Big Studio, a screening at SCI-FI-LONDON will get you one of the most honest reactions from a paying audience. And for all you independents... we are a great place to showcase your film.

Over our time we have screened many films that have been picked up for theatrical and DVD releases: Avalon, Versus, Wild Zero, American Astronaut, Cube 2, Cube Zero, Stranded, Slipstream, Spectres, Recon 2020, Paprika, Steamboy and 28 Weeks Later to name but a few.

As the Festival's reputation for programming a variety of exciting and independent films grows year by year, its core intention remains to be fun and inclusive and break down the misconceptions of what Sci-Fi encompasses - help us by sending your film!

Thanks and we look forward to seeing your film. 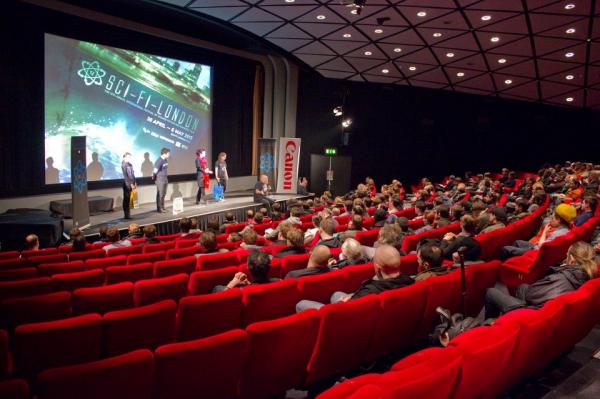