THANK YOU!  A huge thanks to our sponsors, volunteers, venues, filmmakers and of course, the audience, for another fantastic festival. 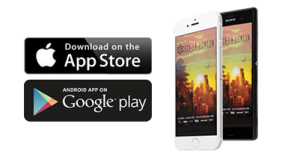 Our official festival app is now available on iOS and Android.  It's worth getting even though the festival is over.  It has films, an audio library, 360 films and some Trump cards!  Get yours now. http://sfl.to/ios and http://sfl.to/android

Across London, with 10 days of amazing film, live music, immersive experiences and more. We showcase a fantastic programme filled with World, European and UK Film Premieres alongside our regular classic events such as the 48 HOUR FILM CHALLENGE and SCI-FIDO, the world’s only cosplay for dogs!

See you at the festival.  Louis & the SFL team.

END_OF_DOCUMENT_TOKEN_TO_BE_REPLACED

Blink of an Eye