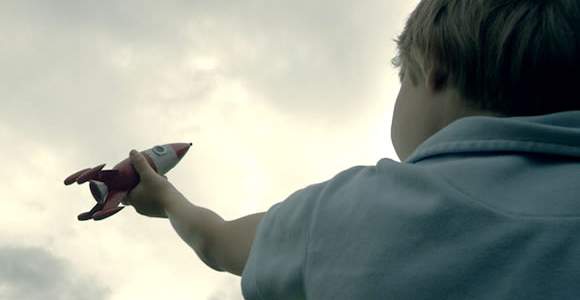 SKIES OF ARCADIA
Dir: Carlo Gariboldi, 2016, English, 15mins, UK
Astronaut Jay leaves the decaying Earth to find an habitable planet for humanity. Having found it, he only longs to return to his true love.

SHORTY
Dir: Anna Zlokovic, 2016, English, 19mins, USA
Part human, part cosmic humanoid –  she longs to be part of our world. However, the search for connection proves tenuous, as her survival depends upon siphoning the liveforce of those she seeks to befriend.

INSTAFAMOUS
Dir: Yunxin Hu, Mun Yi Cheng, Feifei Zhang, Dylan Perkinson, 2016, English, Hindi, 6mins, USA
Vincent was a nobody when he moved to LA. He is now an Instagram celebrity, thanks to Yash, a click farmer in India who clicks Vincent’s glamorous lifestyle into reality. The two worlds of LA and Mumbai collide as the fragments of Vincent’s virtual life c

ZAIRE
Dir: Joshua Benson, 2016, English, 16mins, UK
Zaire is one of two scientists stationed on Eos – an inhospitable planet in deep space.  As their isolated and claustrophobic day-to-day existence begins to take its toll, Zaire searches for the hope needed to keep their mission going.

THE PROSPECTS
Dir: Jarrod Saunders, 2016, English, 8mins, SOUTH AFRICA
During apartheid, a black man claiming to be from the future is questioned by a racist police officer.

HYPER-REALITY
Dir: Serafina Pang, 2016, English, 3mins, UK
This is Joe's journey through the eyes of technology, leading us to another world.

MIRRORED
Dir: Bradford Hill, 2016, English, 25mins, USA
Resurrection is now a reality for those who can afford the price. When Derek is brought back to life, everything feels right in the universe. Until he finds out that things have gone terribly wrong.