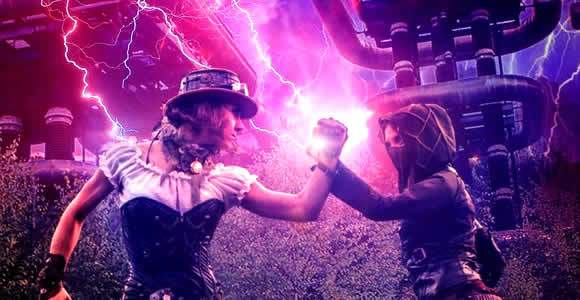 Over the run of the festival and at #HACKSTOCK we will be showing a selection of VR experiences and films.  If you spot one of the SFL team with a VR Headset in their hand, grab them and ask to let you "jack in".

The official selection of VR shorts:

THE 37TH WEEK
Dir: Ricard Gras and Michael Acosta, 2016, Germany/Spain/UK, English.
A real-time experience designed for VR, The 37thWeek will let you take the place of a foetus just hours before birth... The 37th Week provides an experimental approach to real-time movie-making by combining the freedom and personalisation of videogame-like experiences with a narrative plot inspired by the horror film genre.

REMEMBER
Dir. George Kacevski, 2016, Australia, English.
A VR sci-fi film exploring our relationship with technology and its influence on our reality. Remember follows a young woman who is trying to find the memory of a lost loved one in a virtual memory re-creation software.

After the third plutonium wars ended generations ago, vast swathes of Earth are uninhabitable. Energy is the new gold. No one knows or cares who built the collectors. Only that the energy they glean from the atmosphere means life. And life is all that’s left to fight for.

The keeper, an electro mutant, controls the biggest collector of all. It’s said she can see into your soul. Honest traders have nothing to fear but if your intentions are malicious, beware! She’s lithe, strong and highly skilled in combat. She has a genetic transmutation empowering her to channel electricity through her body. Even so, a foolish few, still seek to claim the mighty collector for themselves.

MISFITS
Dir. David Betteridge, 2016, UK, English.
Behind the scenes of the most unusual model agency in the world, challenging the concept of beauty and what it takes to be a 'model'
This is a fabulous experience and whilst a documentary, we hope it will help create that Star Trek future we all want, where 'different' is not a 'thing', it is just what we are.

And finally, look out for the winners of our New Scientist VR Challenge from 1 MAY.