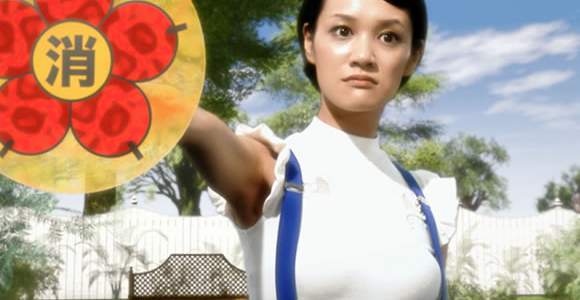 SATORI
Dir: Tyler Doehring, 2016, English, 12mins, USA
In the near future a soldier awakens in the forest  unaware of how he arrived there, and a  featureless doppelgänger looking amongst the trees.

LITTLE THIEF
Dir: Xavier Guignard, 2016, English, 19mins, UK
Emma and Leo love each other but in a strictly regimented world where women represent 80% of the population, being a couple and keeping faith in love is tough.

NEON
Dir: Mark J. Blackman, 2016, English, 15mins, UK
Elias is a fallen angel given a second chance at life, following his death from a drug overdose. Forced to work as a 'cupid' on Earth, he's forbidden by the higher powers from pursuing love himself.

P L A Z A
Dir: Hannah Hill, 2017, English, 11mins, UK
Hen-pecked old Colin works as a security guard for a local shopping centre.  But while his wife is nagging for him to leave work, a mysterious machine appears.

COMPLETE SILENCE
Dir: Christopher Arcella, 2015, English, 3mins, USA
The whole world is watching. The whole world is being watched. Our thoughts are the final frontier. What will be your response when that line is crossed?

THE EARTH SURVIVE CODE
Dir: Yin Yue, 2016, Chinese, 10mins, CHINA
A girl from another universe is being chased by a mysterious man. When her spacecraft crashes in a residential area on Earth.