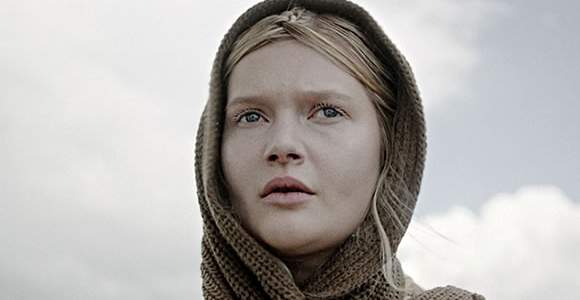 WATTMARCK
Dir: Lorenz Troebinger, 2017, English, German, 20mins, AUSTRIA
Inspired by the H.P. Lovecraft story “The Music of Erich Zann“, Wattmarck follows German inventor and musician Karin as she reassembles her band “Wattmarck“ for a final concert - to present a mysterious new synthesizer and the enigmatic sound it produces.

HOW TO BE HUMAN
Dir: Bruno Centofanti, 2017, English, 12mins, UK
Is freedom worth losing your humanity for? Two sisters on their journey to a ‘better’ world try to escape their war-torn country, traveling from London to Dover and across  the English Channel to reach Calais and beyond.  A SCI-FI-LONDON PRODUCTION!

EINSTEIN-ROSEN
Dir: Olga Osorio, 2016, Spanish, 9mins, SPAIN
Summer of 1982. Teo claims he has found a wormhole. His brother Óscar does not believe him... at least not for now.

THE ATLAS OF FALSE DESIRES
Dir: Nathan Su, 2016, English, Hindi, 9mins, UK
Forecasting the next big trend is everything. Companies harvest social networks for patterns to manipulate our buying preferences. It is 2020 and a ‘click-farm’ in India start a devious operation to manufacture trends through the strategic placement of fake content and viral followings in social media.

THE PROBLEMLESS ANONYMOUS
Dir: Gary Roberts, 2016, English, 14mins, UK
Being perfect is now illegal, sadly, Ivan has tested positive for perfection. The law states he must attend an imperfection clinic to undertake a test to determine what problem he must be given in order to assimilate to the flawed world around him.

THE GILL PILL
Dir: Will Wightman, 2017, English, 13mins, UK
Teenage peer pressure leads a boy to take a pill that lets him breathe underwater, with dire consequences. Exploring themes of growing up, The Gill Pill is made by young filmmakers who know what it feels like.

THE DISCOVERY OF MORNIEL MATHAWAY.
Dir: Pablo Melchor, 2017, English, 19mins, UK
Who's the next big thing?  Two hipster artists struggling in East London get a visit from an art critic from the future… Maybe he has the answer?

WHERE NO JEDI HAS GONE BEFORE
Dir: Rena Yamamoto, 2016, English, 4mins, USA
A Star Wars fan tries to make a good impression when he meets his girlfriend’s Trekker family for dinner. It’s the ultimate culture clash of two universes.