Season of the Witch Medieval Competition 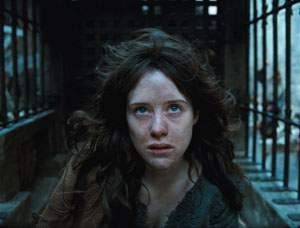 To celebrate the release of this swords and sorcery epic Season of the Witch on January 7th 2011, we have some fantastic themed prizes to giveaway.

First up is an evening out for five people at London's Medieval Banquet at St Katherine's Dock (www.medievalbanquet.com). For the more adventurous and physically adept we have two pairs of tickets, plus a single ticket (for a lone wolf) for tuition in long sword fighting at London Longsword Academy, the capital's home of professional swordmanship (www.londonlongsword.com).

Click on the link at the bottom of the page to enter the competition. 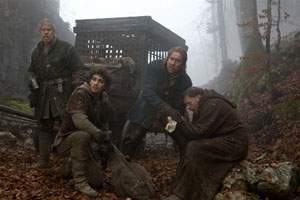 Oscar-winner Nicolas Cage (NATIONAL TREASURE, GHOST RIDER) and Ron Perlman (HELLBOY, Sons of Anarchy) star in this supernatural action adventure about a heroic Crusader and his closest friend who return home after decades of fierce fighting, only to find their world destroyed by the Plague.

The church elders, convinced that a girl accused of being a witch is responsible for the devastation, command the two to transport the strange girl to a remote monastery where monks will perform an ancient ritual to rid the land of her curse.

They embark on a harrowing, action-filled journey that will test their strength and courage as they discover the girl's dark secret and find themselves battling a terrifyingly powerful force that will determine the fate of the world.

SEASON OF THE WITCH is in cinemas from 7 January 2011

Season of the Witch Trailer
Uploaded by SFLTV.