50 Years of The Avengers - competition 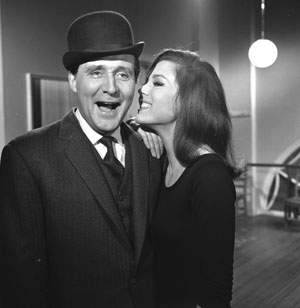 The Avengers remains an era defining TV series and retains an edge over many other small screen offerings as it celebrates its 50th Anniversary.

With its imaginative stories of secret agents in 1960s swinging Britain, The Avengers combines science fiction with fantasy, fashion and a unique sense of style, and can rightly claim its place as a prime example of the spy-fi genre. We may be in the 21st century, but The Avengers retains a fascination that is as fresh today as it was when it first took off on the small screen.

With a unique take on Britishness, the series pioneered the use of all manner of tricks and gadgets and created Steed, the archetypal English gentleman in Savile Row suit, bowler hat and umbrella –alongside sexy, powerful women in high-heeled “kinky boots”, influencing film and TV including James Bond and Dr Who.

The longest running espionage series produced for English-language television, The Avengers eventually reached audiences in 120 countries, a record that still stands to this day. Now, with the release of The Avengers: The Complete 50th Anniversary Collection you can enjoy every single episode of this timeless classic time and time again. And for a series so old, it has an amazing array of special features about the making of the show that are too many to list here. 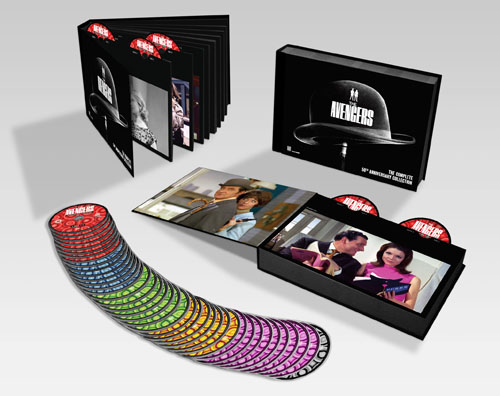 This special 50th Anniversary box set is available now from Play and all good retailers.

We have one of these fantastic DVD box-set to give away. Click the link below to enter the competition.