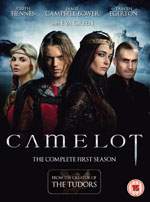 Experience the thrilling and epic legend of Camelot as never told before, when the seductive Channel 4 drama is released on DVD on 1 August 2011, courtesy of Entertainment One.

Featuring an acclaimed all-star cast, CAMELOT is an action-packed, blood-thirsty and raunchy tale not to be missed. From Michael Hirst, creator of The Tudors and Chris Chibnall, creator of Torchwood, CAMELOT is packed with action, romance and betrayal.

Britain is steeped in war and deception when a young and reckless Arthur, unknown son and heir to the murdered king, is installed to the throne. 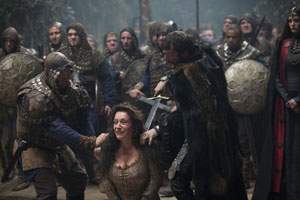 His enemies, including Arthur's ruthless half-sister Morgan are quick to declare war, and the young king has to defend his kingdom with only one supporter by his side: the mysterious sorcerer Merlin... 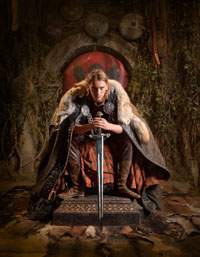 With special features including character pieces and behind-the-scenes featurettes, the stunning DVD box-set will enable you to immerse yourself completely in the legend. Keep Arthur's bid for the throne alive and own CAMELOT on DVD from 1 August 2011, courtesy of Entertainment One. It can be ordered from Play and all good retailers.

We have two copies of the DVD box set to give away. Click on the link below to enter the competition.