For fans of classic sci-fi, Season 4 of the original series of The Twilight Zone is available for the first time ever in high-definition Blu-ray, as well as digitally remastered DVD formats. Win Seasons 1-3 on Blu-ray. 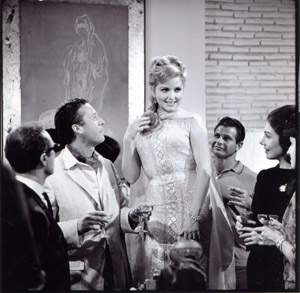 Created by the legendary Rod Serling, the multi-Emmy award-winning The Twilight Zone is a true landmark show in television history. It made an indelible mark on popular culture and remains, to this day, one of the most innovative and influential series of all time.

Over the years, The Twilight Zone has been acknowledged as an influence by countless writers and filmmakers, including Steven Spielberg (“I was a complete obsessive-compulsive Twilight Zone follower.”), J.J. Abrams (“The Twilight Zone at its best is better than anything else I've ever seen on television.”), Joe Dante, John Landis, Wes Craven, George Miller, Clive Barker, Steven King and Michael J. Straczynski. 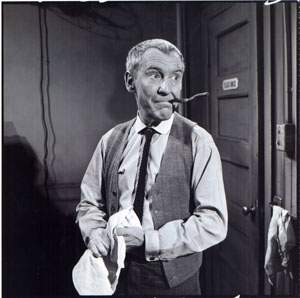 An essential viewing experience for fans of sci-fi, fantasy and groundbreaking TV drama, these newly remastered editions of The Twilight Zone present Rod Serling’s television masterpiece as never seen before.

Presented for the first time in the UK, the Blu-ray edition is in pristine high-definition, digitally remastered from new 1080p film transfers using the original camera negatives and magnetic soundtracks.

In His Image; The Thirty-Fathom Grave; Valley of the Shadow; He’s Alive; Mute; Death Ship; Jess-Belle; Miniature; Printer’s Devil; No Time Like The Past; The Parallel; I dream of Genie; The New Exhibit; Of Late I Think of Cliffordville; The Incredible World of Horace Ford; On Thursday We Leave For Home; Passage On the Lady Anne; The Bard. 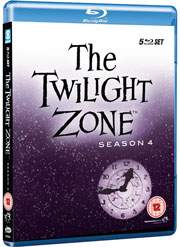 The Twilight Zone: The Original Series – Season Four (cert. 12) is out now from Shock Entertainment and FremantleMedia Enterprises and available from Play and all good retailers.

Delve into the world of Twilight Zone over on the friendly official forum - www.cult-labs.com/twilightzone.

We have Seasons 1-3 on Blu-ray to give away. Click on the link below to enter the competition.