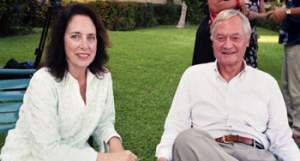 When we talk about the legends of Hollywood it is always the major Oscar-winning directors, or the ones that have earned loads of money for the studios. Actors have also gained plenty of kudos, often beyond what they really deserve. But nearly all those people owe their first breaks to one man, the inveterate master of exploitation and B-movies, Roger Corman, or to his East Coast counterpart, Lloyd Kaufman.

Both of these filmmakers have never really achieved the same status as their alumni, but their passion for making movies that people love to watch has inspired generations of filmmakers, and there is no doubt that Corman's list is the most impressive, and many of them are interviewed for the documentary Corman's World, which looks at this maverick's long career.

And that is by no means a complete list. Many of his alumni have passed away, and others, such as award-winning cinematographer Laszlo Kovacs and, by association, Vilmos Zsigmond weren't even mentioned, but his influence, spanning six decades, cannot be denied, and the fact that his genre of choice was sci-fi and horror makes his influence all the more sweeter. 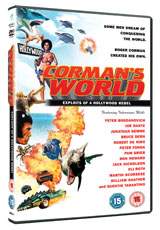 If you are a fan of cinema and genre movies in particular, then this documentary is a must see for its archive footage as well as the contemporary stuff as well, that includes behind the scenes of Dinoshark, which showed at SFL10.

Corman's World: Exploits of a Hollywood Rebel is out now on DVD and Blu-ray and is available from Play and all good retailers.

For a wealth of information about the legendary Roger Corman please visit: http://www.totalfanhub.com/cormans-world/

We have a copy of the film on DVD to giveaway. Click on the link below to enter the competition.