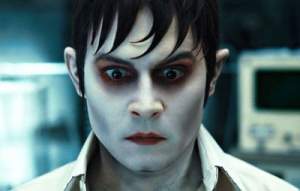 Dark Shadows was a gothic TV series that ran for nearly 600 episodes between 1966 and 1971, which is not going for a TV series of any genre.

However, it was not one that ever crossed my TV viewing path. The closest we got was The Munsters and The Addams Family, or Adam Adamant for the man from the past revived in modern times, which are all completely different shows.

When it came to watching Tim Burton's feature film take on this cult TV show, I had no point of reference to compare it with, which meant judging it on its own merits. Unfortunately, Mr Burton's record of remakes hasn't been very good, and this certainly doesn't enhance his reputation. 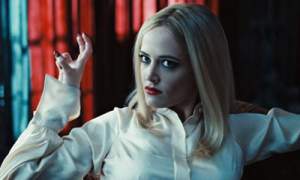 The story is essentially a (big?) fish out of water one, with Barnabus Collins (Johnny Depp), a vampire freed from his coffin prison after 200 years and returning to the family home (mansion) to find that not only have times changed but also the family fortunes.

The fishing town that his family had founded has been taken over by Angelique (Eva Green), the witch who cursed and imprisoned him.

What follows is a battle of the immortals for control of the town and to regain long lost love, with a few ghosts, werewolves and hippies (it's set in 1972, the year after the series finished) thrown in for good measure.

The problem with this film is it is neither funny nor scary. It feels like Burton got together with his friends to make a fan film, but got a huge budget to do it, which does mean it has an excellent cast and crew who clearly had a lot more fun making the movie (as demonstrated on the extras that come on the Blu-ray™ edition) than we do as spectators. However, it is yet another example of cinema participating in one of my bugbears, the pan-Atlantic accent exchanges. 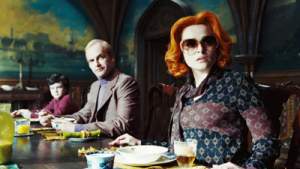 Depp again adopts an English accent (although it is the poshest Liverpudlian accent I've ever heard), but he is one of the few US actors that can convincingly do an English accent. Meanwhile, all the English actors have adopted American accents (something Brits are particularly good at).

OK, in this case it is Burton playing with his friends, but why is this practice so prevalent? The standard response is because, "they were right for the part" and it would be hard to imagine House or The Wire with different leads, and to the credit of those actors, most Americans didn't even know they were British ("you have black actors in Britain!?"), but it does beg the question: with thousands of unemployed actors surely they could find someone local with right looks, accent and ability to fill any role. Unfortunately, especially in movies, it's more about star power rather than finding the right actor. 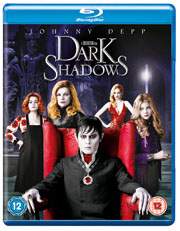 Anyway, although the film is not a total disaster, however, like Barnabus Collins, it would have been better off not being revived. Thankfully Burton is back on form with Frankenweenie, an original piece that still lets him pay homage to the gothic cinema of the past that he so clearly loves.

Dark Shadows is out now on Blu-ray™, DVD and VOD.

We have three copies to give away on Blu-ray™. Click on the link below to enter the competition.