Hara-kiri: Death of a Samurai 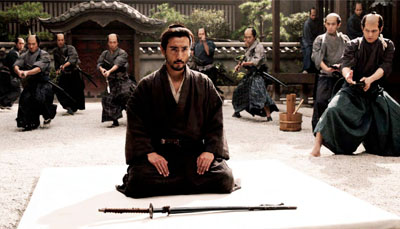 Takashi Miike, the prolific and sometimes off-kilter Japanese director of films such as Ichi the Killer, Happiness of the Katakuris and Sukiyaki Western Django, has recently taken to revisiting some of the classics of Japanese cinema and giving them a visual update. His remake of 13 Assassins was hailed internationally as being one of the greatest samurai movies of all times, and it was certainly epic, and brutal.

His latest UK release, which followed 13 Assassins (he’s made another four films since), also explores the traditional samurai genre with another remake. While it is a lot less action oriented, almost verging on the contemplative, it still manages to spill its fair share of blood, although this time it is mostly self-inflicted, as the title suggests. 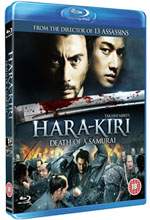 What it lacks in action, it makes up for with dramatic tension and superb cinematography and production design. For anyone interested in samurai films, this is one to see.

Hara-kiri: Death of a Samurai is out now on DVD and Blu-ray and is available from Play. To win a copy on DVD, click on the link below.