Star Trek: The Next Generation on Blu-ray 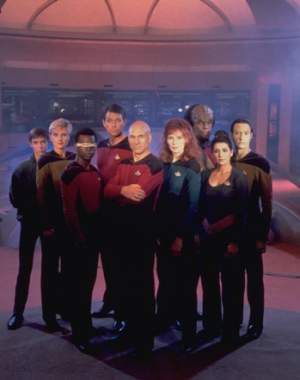 The enduringly popular sci-fi favourite STAR TREK: THE NEXT GENERATION – THE FIRST SEASON makes its Blu-ray debut on 23 July 2012 from CBS Home Entertainment and Paramount Home Media Distribution. Celebrating its 25th anniversary this year, the beloved series continues to enthral fans with its exciting tales of space exploration in the 24th century.

STAR TREK: THE NEXT GENERATION – THE FIRST SEASON has been retransferred from original film elements to produce stunning high-definition images, including amazing visual effects that have been painstakingly recreated from the source material, creating before/after results that fans will love.

The six-disc Blu-ray set also features a wealth of exclusive bonus material, such as archival footage, a gag reel, and an inside look at taking The Next Generation to the next level of high-definition.

Featuring numerous behind-the-scenes interviews, the new material also features Star Trek experts Mike and Denise Okuda, consultants throughout this ongoing project, who offer special insights into the countless man-hours dedicated to the upgrade of The Next Generation. 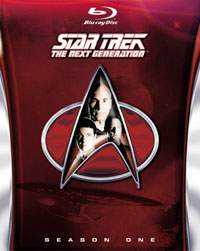 Order your copy from Amazon and all good retailers.

To win the first season of this popular series on Blu-ray, click on the link below.