Halo 4: Forward Unto Dawn is a live-action drama based on the best-selling Xbox franchise that brings a brand-new story to life on a scale never before seen in the “Halo®” universe. Halo 4: Forward Unto Dawn delivers an exciting story of heroism and sacrifice, taking fans back to the beginning of the human and Covenant war and leading into the events of Halo 4, the award-winning Xbox 360 exclusive video game.

For generations, humans travelled the stars and worked together under the banner of the United Nations Space Command. Now that peace is shattered by insurrectionists, causing a galaxy-spanning civil war.

Cadet Thomas Lasky and his fellow students at Corbulo military academy now train to make this war their future. But Lasky is conflicted about his path, and his resolve is tested when the academy comes under attack from a terrifying alien assault.

Lasky and his fellow cadets fight for survival, only to find assistance from a mysterious ally – a mythic, armored super-soldier known as the Master Chief. 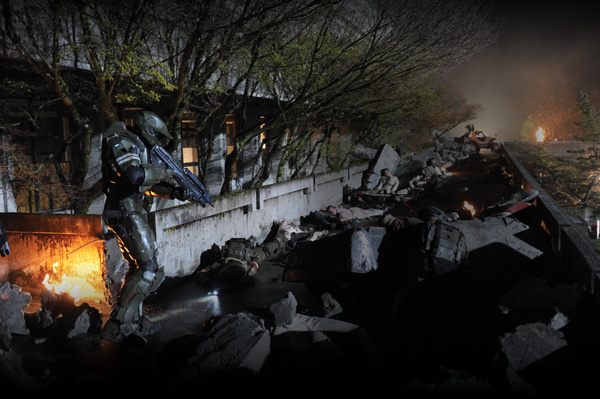 Written by Todd Helbing and Aaron Helbing (Smallville, Spartacus) and directed by Stewart Hendler (H+, Sorority Row), the feature boasts a diverse cast of Hollywood talent including Tom Green (Dance Academy) and Anna Popplewell (The Chronicles of Narnia), as well as a top-tier production team.

This is exactly the sort of live action spin-off that Halo fans were hoping for. In addition to the thrilling battle sequences, gorgeous special effects and high production value, Halo 4: Forward Unto Dawn comes jam-packed with numerous bonus features, including behind-the-scenes featurettes, cadet interviews, and a Corbulo Academy of Military Sciences recruitment video.

Blu-ray and deluxe edition packed with exclusive bonus content, including: 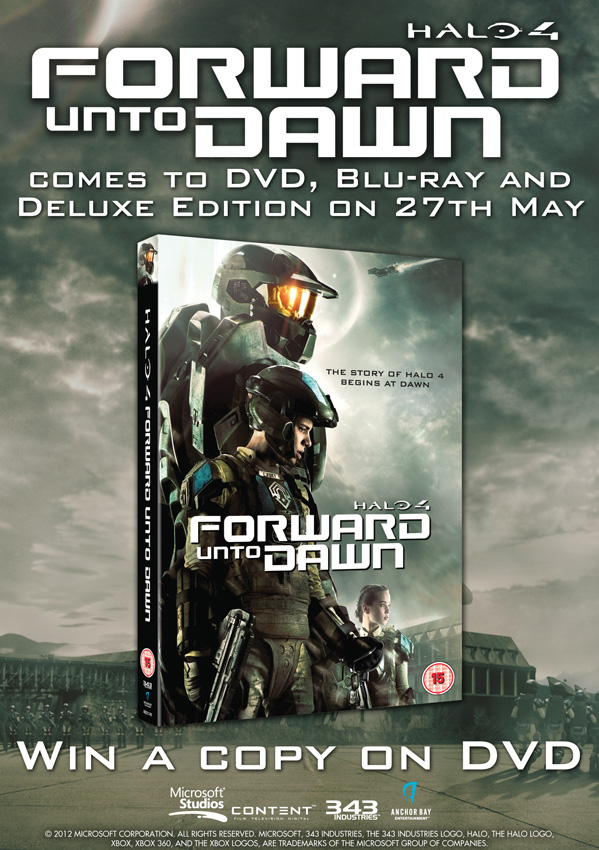