Ahead of Thor: The Dark World releasing on October 30th, Picture House Cinema in Greenwich is set to host a dark and exclusive screening of the film on Sunday 27th October at 1am.

We have five tickets (2 pairs and a single) to give away to this late night event, which includes pre-screening drinks at the Royal Naval College from 11pm to 00.30am before watching the film, and all without losing any time at all! 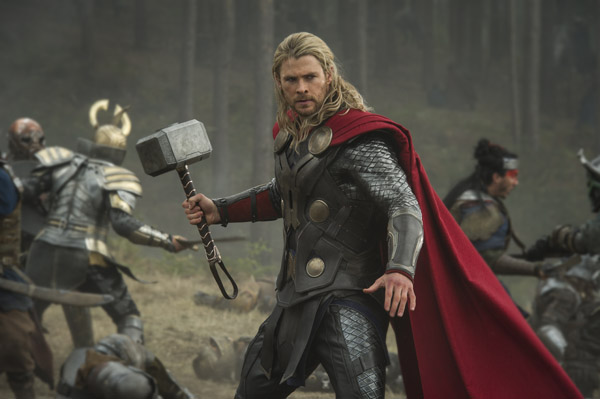 Marvel’s Thor: The Dark World continues the big-screen adventures of Thor, the Mighty Avenger, as he battles to save Earth and all the Nine Realms from a shadowy enemy that predates the universe itself.

In the aftermath of Marvel’s Thor and Marvel’s The Avengers, Thor fights to restore order across the cosmos... but an ancient race, led by the vengeful Malekith, returns to plunge the universe back into darkness.

Faced with an enemy that even Odin and Asgard cannot withstand, Thor must embark on his most perilous and personal journey yet, one that will reunite him with Jane Foster and force him to sacrifice everything to save us all.

To be in with a chance of winning tickets and seeing the film ahead of release simply click on the competition link below.

The film releases in the UK on October 30, 2013, and is distributed by Walt Disney Studios Motion Pictures.

TERMS & CONDITIONS
Five (5) people will win tickets to a London screening of THOR: The Dark World, due to take place on Sunday 27th October 2013 at 1am at the Picture House cinema in Greenwich.  The prize includes pre-screening drinks at the Royal Naval College in Greenwich from 11pm on Saturday 26th October 2013 to 00.30am on 27th October 2013 (Disney reserves the right to amend the location and/or time of the pre-event drinks and/or screening). The winner will be provided with the tickets in advance to issue their guest.  Any entrance tickets sold will be invalid. Winner must be parent/guardian to their guest if the guest is under 18 years of age. Travel and accommodation shall not be provided for winner and their guest. Due to the late finish of the screening we strongly recommend that you plan your journey home in advance. Any costs incurred in addition to the prize package elements listed above are at winner’s and/or guest’s own expense. If the event does not take place, is cancelled or terminated, Disney shall substitute the screening prize with tickets to an alternative screening of THOR: The Dark World, such alternative screening venue, location and timings to be determined by Disney, in its sole discretion.