Win MASTER OF ORION and an ALIENWARE Steam Machine 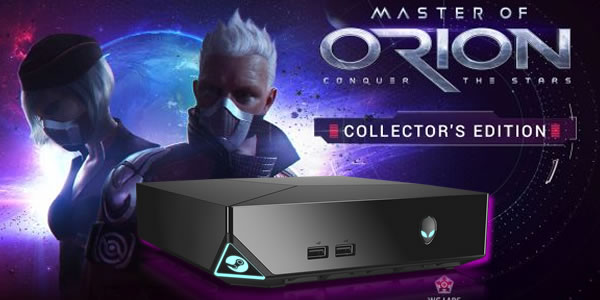 We are so excited to have WG Labs' new game MASTER OF ORION as our game sponsor to the festival this year, it is an awesome game full of depth.

But apart from you having the chance to come play it at the festival, we have been given 10 downloads of the game along with two Alienware Steam Machines to give to some lucky winners!

To be in with a chance to win, simply answer the question below - we draw the winners on closing night of the festival (May 6).

About MASTER OF ORION:
Master of Orion revives the iconic 4X strategy gameplay (eXplore, eXpand, eXploit, and eXterminate) pioneered by the original Master of Orion franchise. Lead one of 10 playable races across vast galaxies, crushing worlds, manipulating leaders, and amassing resources in your bid to become the Master of Orion.  Check their site out here http://www.masteroforion.eu/

See you at the festival!