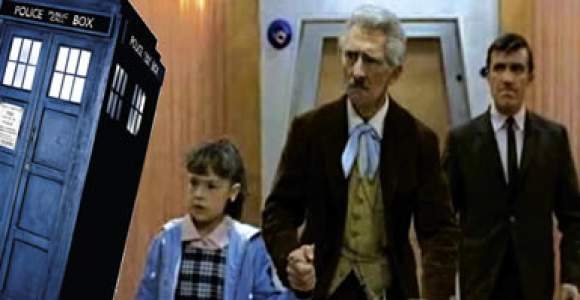 As part of the celebration of the 50th anniversary of Doctor Who, we’re proud to host two panels celebrating the adventures of the Timelord in print.

Novelists Paul Cornell (Scream of the Shalka), J.T. Colgan (Dark Horizons), Terrance Dicks (Players) and Tommy Donbavand (Shroud of Sorrow) talk about continuing the Doctor’s trips in prose fiction and why they wanted to tell tales of the thousand-year-old time traveller...

Comic book writers Andrew Cartmel and Scott Gray, and artists Mark Buckingham and Adrian Salmon, discuss their serialised strip adventures of the TARDIS, printed in Doctor Who Magazine, the American Doctor Who comic and fanzines.

The need for Doctor Who spin-offs became increasingly important since the end of the original series in 1989, with both novels and comics filling the gap when the show was off air, with many writers of the modern TV show being strip and book alumni.

Print stories have also been used as the inspiration for TV episodes in the 21st century, such as the memorable David Tennant dramatisations of Cornell’s novel Human Nature and Doctor Who Magazine comic, The Lodger.

Followed by a screening of the 1960s' film DR WHO AND THE DALEKS, starring Peter Cushing as The Doctor.