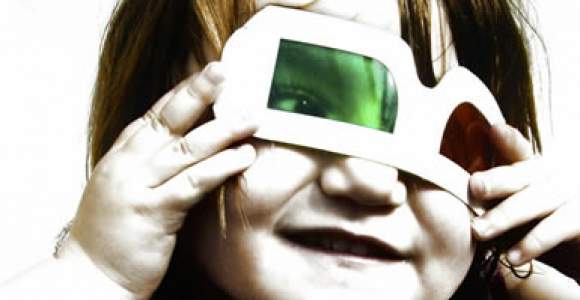 Join us for a series of panel discussions and hands-on sessions looking at the future of home and mobile entertainment. Featuring Augmented Reality systems, immersive television, EEG brain-controlled devices and glassless 3D.

You will get your chance to play with some of these new toys and experience some ‘things to come’. The day is kindly supported by Arc, NewScientist and produced by Imperica.

The timetable for the day is as follows:

12.00 Paul Squires and Simon Ings: Welcome to Mirror Mirror
Simon Ings is the editor of Arc, a digital quarterly of futures and fiction from the makers of New Scientist. He is also a novelist: his latest, Dead Water, was published by Atlantic in 2010. He is half-way through a history of science under Stalin, to be published by Faber.

Paul Squires is the founder of Perini and publisher of Imperica.

12.15 Alia Sheikh: Surround video
Surround video – what it is, what it's about, and a demonstration of this extraordinary technology. Alia is a Technologist and the director of BBC R&D Production Labs. @alteralias

1.15 Tim Maughan: Paintwork
Tim Maughan started writing science fiction back in the heady days of 2008. In 2011 he released the critically acclaimed Paintwork, a collection of three short stories dealing with the roles of art, celebrity and globalisation in a very near, and strangely familiar, future. He's currently working on his debut novel, another near-future piece looking at the social and cultural impact of hacktivism, online protest and cyber-warfare. He is one of the UK’s best known writers on Japanese animation and comics. Bring a digital camera and anaglyph 3D glasses if you have them.

1.45 Mark Bennett: Make your own 3D
Mark’s notable art commissions have included shooting 120mm 3D documentation of Turner Prize winner Keith Tyson’s recent work, ‘Contemporary Grotesque’, as well as several on-going projects. He designed the lighting and photo specifications for Rankin’s ‘Congo’ photo installation for Oxfam, which exhibited on the South Bank in 2010, and has carried out 3D shoots for many brands. Bring a digital camera and anaglyph 3D glasses if you have them.

2.45 Break 3.05 Rebecca Marshall: How new technology tries -- and sometimes fails -- to emulate unadorned human vision
Rebecca E Marshall is a filmmaker who likes exploring natural visual effects. She uses an experimental style that informs her short films and documentaries in 35mm, 16mm and HD. Her work can make you aware of yourself as machinery: yet soft, fragile and very much alive.

3.35 Tamara Roukaerts: How Augmented Reality works
Tamara started her career working in advertising for Saatchi & Saatchi before moving into the hi-tech space, with marketing roles at MIT and Aurasma – the augmented reality start up since acquired by HP. Tamara’s now director of TRM&C - a strategic marketing company - and writes for the Huffington Post about technology, marketing and the way we live.

4.05 Simon Ings: The philosophy of AR, from Leucippus to Lem

4.35 Christopher Priest: the stage magic and theatrical prehistory of AR
Christopher Priest was born and brought up in the north of England. He started writing soon after leaving school and has been a full-time writer since 1968. He is the author of The Prestige (filmed in 2006 by Christopher Nolan) and The Glamour -- his most recent novels are The Islanders (published in 2011) and The Adjacent (to appear from Gollancz in June 2013). He presently lives in East Sussex.

5.25 Julian McCrea: ThrillMe
ThrillMe is a content discovery service using Portal's technology, that allows audiences to find horror/thriller/mystery suspense content based on how thrilled you are by them, using your facial expressions. The service is in public beta and no two audiences have the same level of thrill, making each person's recommendations completely unique. Julian McCrea is the founder of Portal Entertainment a digital entertainment company that makes immersive entertainment stories where the audience take part in them. The company is launching two thrillers this year: a 5-day thriller for the iPad called The Craftsman, and a 5-day thriller for smartphones for an international best-selling thriller writer.