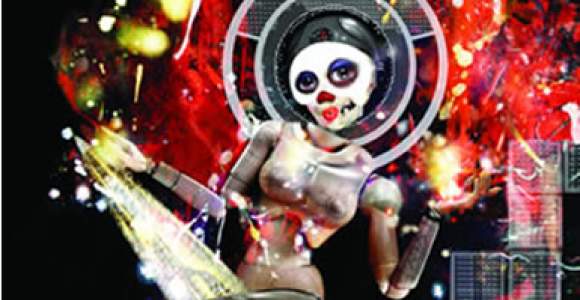 60s psychedelic guru, Timothy Leary, updated the infamous phrase ‘turn on, tune in, drop out’, at the turn of the internet age into ‘turn on, boot up, jack in’ to reflect the power of technology to give us out of-thisworld, mind-tripping experiences.

Get ready to leave the real world behind... faaar behind... and jack in to the virtual space of #HACKSTOCK.

A collaboration between SCI-FI-LONDON and PSYCHFI, #HACKSTOCK is giving us just that by making science fiction a reality. Holograms, virtual reality, mind control… sounds like creations of Matrix and Star Wars proportions… but they exist.

#HACKSTOCK is bringing these mind-blowing sensory stimulating experiences to you first hand.

Does all of this sound new to you? You’re not alone, but it’s as easy as pressing a button or putting on a VR headset, and letting your mind explore. Inside the virtual realm, you lose complete contact with the real world, like entering inside a video game within a seemingly endless space where anything is possible.

But we’re talking about so much more than just VR: holograms, augmented reality, 360 social video and live experiential, Time Run (role play), haptic technology (wearable tech), drawing within a virtual space…. there will also be workshops, panels, popup hacker experiences, and Talkaoke, a spontaneous pop-up talk show and participant-led discussion around the ‘UFO’ of chat…. all under one roof for four days.

All hackers, geeks, creatives, tech enthusiasts, aliens, alternate reality seekers… anyone intrigued by this new wave of powerful technology… Come find the others, experience the future and bring your own gear to share.

We also have some VR shorts submitted to the festival and will be showcasing them in Gear VR and Google Cardboard!

BYOG - Bring Your Own Gear
Got a 3600 video or VR experience you want to show off?  Well bring it down and let us all see it! 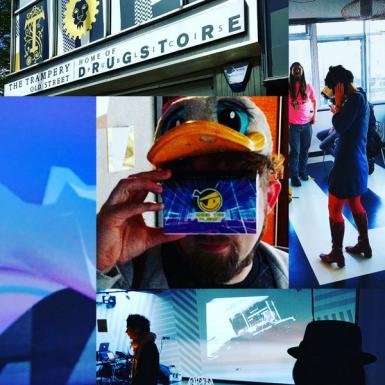 END_OF_DOCUMENT_TOKEN_TO_BE_REPLACED

We got Periscope and we love it

You can see some of the festival happening in PERISCOPE