Eighty people from totally diverse backgrounds suddenly find themselves in an undisclosed location where they are expected to compete in a race with simple rules, "If you are lapped twice, you die. If you step off the path, you die. Race… or die." Will it be survival of the fittest or a show of humanity? This movie will have your adrenaline levels up there with the on-screen competitors.

Makes The Hunger Games and Running Man look like a Sunday perambulation in the park.

Startling, violent and powerful, THE HUMAN RACE is a cruelly inspired beast. Will anyone have mercy on the elderly, the children, the wounded, or the pregnant? Will anyone band together or will the innocent all be forced to become brutal killers? There's only one way to find out who will survive...watch humanity unraveled & revealed in The Human Race.

Here's what critics are saying about The Human Race:

"The Human Race is a winner through and through...I have never seen a film play out so well in a theatre."
Bloody Underrated.net

"Never a dull moment throughout the movie"
Simon Rother, Horror-Movies.Ca

"Paul Hough's impressive debut literally hits the ground running and never lets up from start to jaw-dropping finish. An extremely effective high concept thriller that delivers geysers of blood and thoughtful meditations on the brutality of human nature in equal measure. Paul McCarthy-Boyington, Eddie McGee, Trista Robinson and T. Arthur Cottam lead an extraordinary ensemble through an adrenaline-pumping 90-minute gauntlet, a dash that leaves its audience as breathless as the onscreen contestants. Dark, bloody and daring, a Hunger Games for the gorehound set."
Aaron Christensen, HorrorHound Magazine 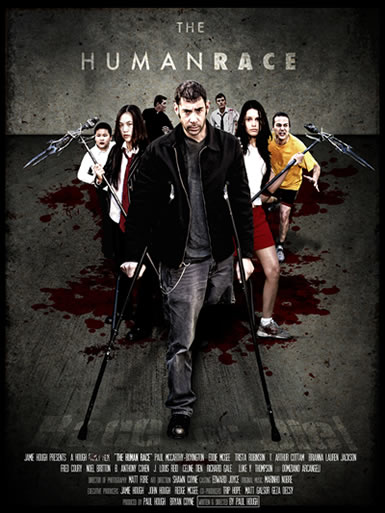 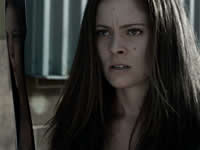