THIS EVENT IS NOW FULL - However, there are still tickets for the post event screening of IKARIE XB-1

If you wish to join the waiting list, please email us info@sci-fi-london.com 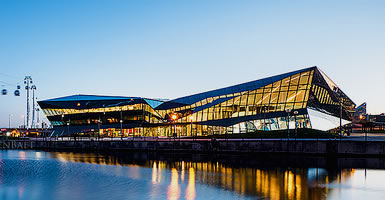 SCI-FI-LONDON, in association with the INSTITUTE FOR INTERSTELLAR STUDIES, present an informal day of talks, film and workshops at THE CRYSTAL.

The mission of the Institute for Interstellar Studies is to foster and promote education, knowledge and technical capabilities, which lead to designs, technologies or enterprise that will enable the construction and launch of interstellar spacecraft.

SCI-FI-LONDON are excited about the project and invite you to join us and leading experts to discuss:

We begin the day with a series of science-based, inspirational presentations that charter our current journey towards the stars, then invite you to develop your own starship concepts! Working in teams with our experts, you can do some 'black sky thinking' and talk over some big ideas on what an interstellar starship would have to have to support a crew for possibly several generations!

Speakers include: (full details below)

The end of the event will be rounded off with a screening of IKARIE XB-1 (see below) in the main auditorium at London's newest landmark, THE CRYSTAL, Siemen's amazing new green tech building. 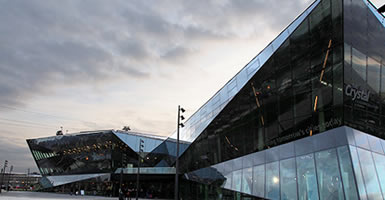 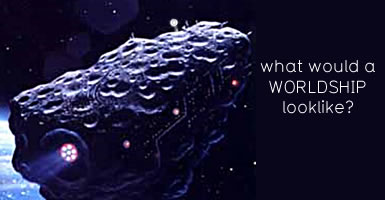 "Remains one of the most original and exciting science fiction films ever made... A game-changing film that profoundly influenced the genre and showed that science-fiction movies weren't only about special effects; they were also high art" - Alex Cox, The Guardian

The film is based on the novel The Magellanic Cloud (Obłok Magellana) by Stanisław Lem and is one to be seen on a big screen!

Jindřich Polák’s pioneering and much-imitated feature Ikarie XB 1 is one of the cornerstones of contemporary sci-fi cinema. It predates Star Trek and Kubrick’s 2001: A Space Odyssey and was clearly an influence on both, as well as on almost every other science-fiction work that followed.

Presented in a superb new anamorphic digital transfer with restored picture and sound. Second Run have allowed us to present this seminal work of fantasy cinema in its complete and original form for the first time ever in the English-speaking world.