Businessman Tsuda runs into a childhood friend Tajuki on the subway and learns that Tajuki is working as a semi-professional boxer. In time, Tsuda begins to suspect that his 'old friend' maybe having an affair with his fiancé, Hizuru.

After an altercation that leaves him badly hurt, Tsuda begins training rigorously to get his revenge, leading to an extremely bloody, violent confrontation. Tsukamoto's surreal visions are extreme and blood-soaked nightmares that are rarely paralleled in other world cinema.

A man known only as the "metal fetishist", who has a compulsion to stick scrap metal into his body, is hit and possibly killed by a Japanese "salaryman".

The salaryman then notices that he is slowly being overtaken by some kind of disease that is turning his body into scrap metal, and that his nemesis is not in fact dead but is somehow masterminding and guiding his rage and frustration-fueled transformation. it's awesome! 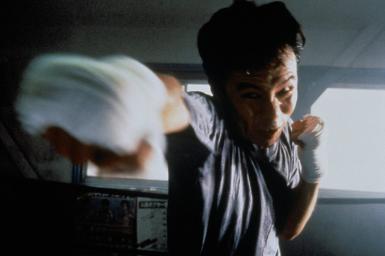 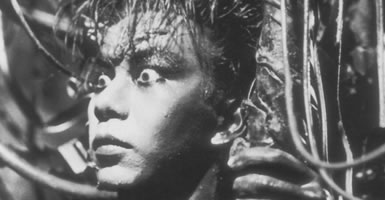