The Search for Simon 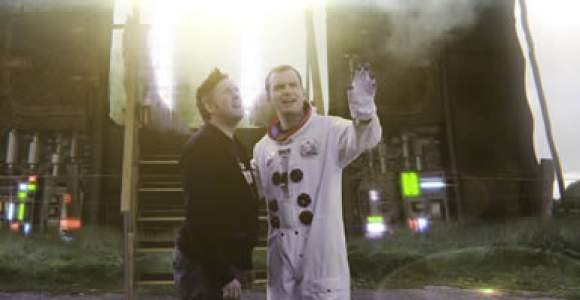 When David was 10 years old, his younger brother Simon disappeared. David's father told him that Simon was ‘living with the space people' and would not talk of it again. A year later and David's father dies, taking the secret of what really happened to the grave, setting David on a life-long quest to find the ‘space people' and get his brother back.

Some 25 years later, David has spent all his free time and money talking to myriad loonies looking for ‘the truth'. His quest takes him around the world, meeting anyone who has a story about abduction and UFO sightings.

He even tries to get a job at the sinister B.A.S.T.A.R.D.D (British AeroSpace Technology Advanced Research Development Division), who seem very interested in David's latest friend, from Arcturus.

British comedy at its best, with a golden cast to match the script: Tom Price (TORCHWOOD), Carol Cleveland (MONTY PYTHON) and Simon Jones (HITCHHIKER'S GUIDE TO THE GALAXY), Chase Masterson (STAR TREK DS9) and Sophie Aldred (DR WHO) – with a few surprising cameos too.

The truth is certainly out there somewhere and may be closer than anyone thinks.

The Search for Simon IMDB Page