CONGRATULATIONS TO THE 174 TEAMS WHO MANAGED TO COMPLETE THIS WEEKEND - YOU SHOULD FEEL VERY PROUD!

The winners of the 2011 challenge are:
1st Place.
HALF BAKED FILMS -

The shortlist for the 2011 challenge is as follows:

Over the last two years SCI-FI-LONDON Film Festival has run a 48hour Film Challenge and we have had over 180 films completed.

The queue on Saturday, this is just one person per team!

We are looking for the next Gareth Edwards!

In 2011 we are searching for the next Gareth Edwards. Gareth’s debut feature is the multiple award-winning MONSTERS – and the project was green-lit because Vertigo Films saw his winning 48hour short-film right here!

So impressed were they with what he could do with no budget in just 2 days that they decided to develop a feature with him.Our next challenge not only sees Gareth on the jury, but head of Vertigo Films, ALLAN NIBLO, joins us.  Better still,the first prize is a development deal with Vertigo Films.

The winner will have the opportunity to develop a feature film with the creators of StreetDance 3D and Monsters.Vertigo will develop either the winning short film into a feature, or chose to develop an alternative concept from a slate of projects the film maker will be asked to pitch to the team.

Head of the jury is another UK directing legend, Edgar WrightAlso new for 2011 is an Under 21 category run in conjunction with the BFI Future Film Festival. Prizes for this include screening of the winning film at the BFI South Bank!

We are delighted to have Nick Hoult (Skins, X-Men 1st Class), Noel for BFI Future Films and the team who make MISFITS on the jury for the Under 21 challenge.

Due to the overwhelming response we have now stopped accepting teams to the challenge. We will be sending out instructions on the brief within the next day or so. 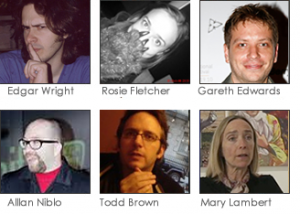 Did we mention our jury?

Taking part is free and easy...

Use your creative circuits, wit and talent to make a short film
Why? Well, winning films will be premiered at the festival and could be developed into a feature!

Our film challenge is FREE TO ENTER - well, it seems wrong to ask you for money, you will be working hard enough as it is!

It's really easy. We'll give you a randomly generated film title, some dialogue and a prop list. You'll then have 48 hours to write, shoot and edit a complete five minute film... hard work but fun!

Remember IT IS FREE TO TAKE PART - you just need to have your own kit.

At 10.30am sharp on Saturday 2nd April 2011, one person from your team must attend the launch at one of our venues where you will be given your brief. This includes the TITLE of the film you will make, some DIALOGUE one of your characters must say to camera and a PROP LIST of things that a character must show or use to camera.

You can also take part via SMS and UPLOAD your film! - give us a mobile number and on the Saturday morning we will send you a text with your TITLE etc. You have 48hours to upload to our Dailymotion Group (details below).
NOTE: The downside to SMS entry is we will only be showing the films in the cinema of those who turn up to the Apollo for the briefing - unless you win of course! :)

Participating teams then have just 48 hours to write, shoot and edit a short science fiction film to be no longer than five minutes including credits. You can be a team of one if you want but we recommend five or six people (Director, Lights, Sound, Editor, Camera and someone to fetch coffee, keep everyone fed and generally be indispensable!).

You have until 13.00hours (1pm) on Monday 4th April 2011 to create your film and get it back to the venue (or upload it). Just getting it there on time can be the biggest challenge. We suggest someone with reliable two wheel transport make that all important delivery! (Someone will be able to receive your entry from 9.30am)

Those playing by SMS must upload by 1pm and post a copy of their film on DVD before 2pm on Monday 4th April. Make sure this is clearly viewable, we will be checking!

Teams are accepted on a first come first served basis and remember, we do not give you any kit to shoot or edit your film.

Think ahead - start scouting locations and getting actors together now!

What do I need to do next?

You will need to read the full rules and sign the relevant release form, but in a nutshell:

All creativity must occur within the competition period: writing, rehearsing, shooting, editing, graphics, sound design, etc. Get your film to the venue by 1pm on Monday and you're in the competition!

If you are entering the 48 Hour Film Challenge, use #sfl48hr hashtag on your tweets and join the Facebook group http://on.fb.me/gKw65g for updates and crew requests.

Want a flavour of what happened last time? 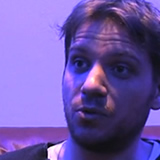 Want an example of what can be done in just 48hours?

Remember science fiction film does not need to be set in space, have lots of special effects or CG.

It is all about the story. Think about films like THX 1138, PRIMER, SOYLENT GREEN , they had little or no effects