We Are All Cylons - dystopian TV revisited 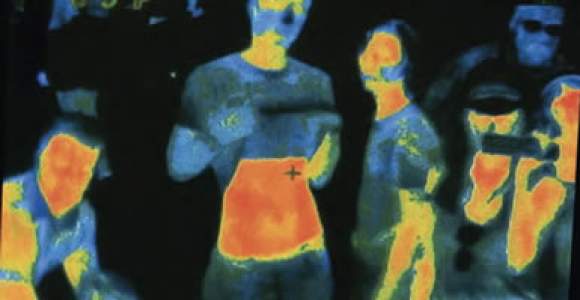 Over the past decade various TV franchises have been revived with varying degrees of success. BATTLESTAR GALACTICA originally ran from 1978-80 but a revival in 2003 with a much darker tone, led to the creation of one of the finest SF series in recent years.

BLAKE’S 7 was created by Terry Nation in 1978 to chronicle the exploits of rebel fighters in a dystopia. The original cast returned in the early 2000s in the audio saga, Kaldor City, whilst 2006 saw a radio remake of Blake’s 7 with a new cast.

THE TIME TUNNEL ran from 1966-7 and featured a pair of time travellers intervening in historical disasters to try and alter the outcome. Created by Irwin Allen, this series inspired QUANTUM LEAP and was remade by Irwin Allen in 1976, 2002 and 2008, although none of the pilots made it to series.

We follow this with the world premiere screening of WE ARE ALL CYLONS. The film investigates our very human enthusiasm for technology and myth by examining the metaphysical resonances of the television series Battlestar Galactica. We are delighted that the film's director, Ilana Rein, will be at the screening.

In addition we screen the un-aired 1966 pilot of THE TIME TUNNEL.

Here is a preview of WE ARE ALL CYLONS:

We will have some cool goodies and a few surprises from Revelation Film, Irwin Allen and the Blake's 7 audio team!

We are also delighted to have Paul Darrow and Patricia Merrick on hand to give a performance of a brand new KALDOR CITYplaylet written by Alan Stevens and Fiona Moore, in which Iago reveals his true name and identity!

This is one not to be missed.