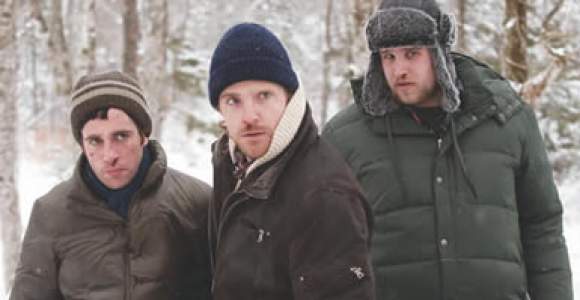 Tyler Crawley and his friends have been the best of buddies for more than a decade, but now they’re changing - getting married, getting promoted, going bald, going insane.

During a male-bonding weekend, they discover a corridor through the woods - an impossible corridor where none should be.

Tyler has spent time in a psychiatric institution and remains on strong medication. When things start to get strange during the trip, Tyler thinks he is losing his mind again.

The friends come across a strange ‘energy’ in the woods that is heightening their personalities and it’s not necessarily bringing out the best in them, even if they think it is.

This isn’t your typical cabin-in-the-woods gorefest movie, although there is some gore, so be warned. This captivating film stylishly adds a new, sci-fi twist to the popular sub-genre that gives it genuine intrigue.

If you liked the pacing and visual appeal of Let the Right One In, you will want to see this movie.

The Corridor - Trailer by SFLTV