Let There Be Light: THE ODYSSEY OF DARK STAR 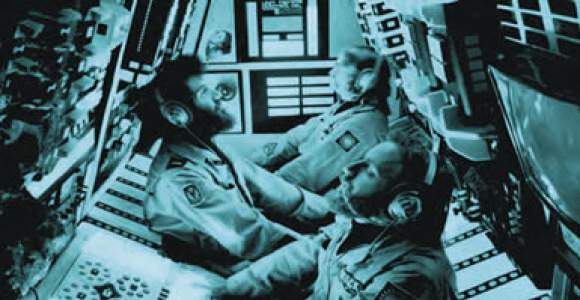 An all new, feature-length documentary chronicling the controversial making of this festival’s favourite, DARK STAR.

The motion picture début of director John Carpenter (HALLOWEEN, THE THING) and writer Dan O’Bannon (ALIEN, RETURN OF THE LIVING DEAD) began as a cinematic partnership between two budding artisans; a union that would be tested, time and again, during the process of creating one of the most ambitious student films ever made. The resulting space parody would eventually be the source of a lifelong rift between the two genre giants... and would go on to change the way horror films are made.

It also features the final interview of writer/producer/effects supervisor Dan O’Bannon (who passed away before this documentary was completed).

Join us for the world premiere of the Director’s Extended Version, Daniel Griffith will be on hand for a Q&A session after the screening.

Book online or in person at BFI Southbank