Code Geass: Lelouch of the Rebellion

Our saga continues with the return of Lelouch; our leading genius, master of manipulation, mass strategist, and anti-hero. Returning to continue to manipulate the motions that follow in order to create a safe and gentle world for his little sister Nunnally.

For those who may not have already seen the first season of Code Geass: Lelouch of the Rebellion, or perhaps need a reminder, here’s a brief recap: Lelouch Lamperouge is actually Lelouch vi Britannia, a royal prince who was abandoned along with his sister Nunnally when they were very young, shortly after their mother had been murdered. So not only did the two young royal-bloods find themselves motherless, they soon found themselves orphaned and alone, with no grievance support from their father (the Emperor), who rejected the pair and sent them away. As Lelouch got older he vowed to seek revenge, in an attempt to build a better and more gentle world for Nunnally, so he created Zero. Zero soon became a symbol of hope for the people known as Elevens (Japanese), with the assistance of his newly acquired gift, known as ‘The Power of Kings’, or simply as ‘Geass’ - an absolute power to command. 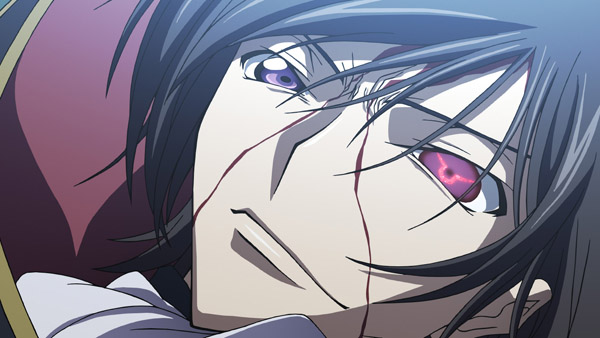 In Season 2, a year has passed in the world of Zero vs the Holy Britannian Empire. We now return to find that even though we left off at a dramatic finishing point, when we come back there is little to no reference to the fact that Nunnally was kidnapped. The situation of the Britannian Empire still stands, there is inequality in the lands, and the best means for justice is to create a more equal playing field, because the Elevens are considered lesser beings by the Britannians.

Everything appears seemingly normal at Ashford Academy - a bit too normal if you ask me. With things seeming very much the same in a sense, minus a few (somewhat major) changes that don’t appear apparent at first. For starters Lelouch and everyone else seem to have had their memories altered. There is an addition of a new school pupil named Rolo, who everyone acknowledges as Lelouch’s brother, including Lelouch himself. And Nunnally is nowhere to be seen. We do find out what is going on and things do slowly begin to unravel. But the basic outline is the Emperor has stolen their memories, then replaced them in an attempt to control the circumstances that may unfold, planting a few spies along the way, to ensure Lelouch does not remember his sister and his life as Zero. 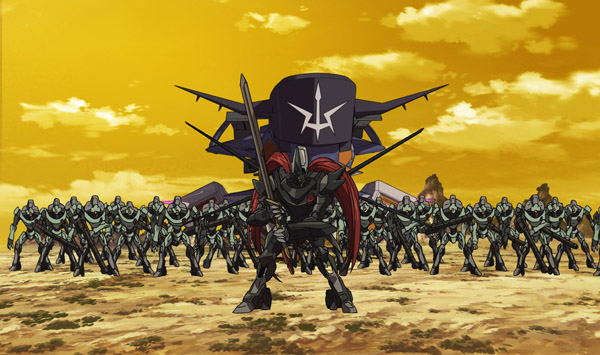 The story is the continuation, and conclusion to Lelouch’s plan. There are many twists and turns to this that makes Code Geass: Lelouch of the Rebellion Complete Season 2 brilliant to watch. It never lets you get comfortable for too long, with each episode being very much relevant and jam-packed full of plot changes and progressions.

Lelouch manipulates the playing field very much like a game - he is a master chess player after all. Each move in a game takes time, manipulating each step requires great skill and effort in order to achieve the end goal, sometimes there are even unforeseen sacrifices. We soon discover that in order to build that better world, there needs to be a huge evil to grab the attention, and then a saviour - a symbol of hope to help make things better. That sometimes, things must get worse before they can get better. And as Lelouch reiterates, those who kill, should only be those willing to die themselves. Lelouch wears a (non-literal) mask for the sake of others. Playing a game that requires a poker face to end all poker faces, in order to reach his inevitable goal. With life, death is inevitable, but when it comes as a result of Lelouch’s plot for revenge, it makes him all the more determined to build that brighter future, not just for Nunnally, but for everyone.

Anti-hero or villain? Well in my eyes, anti-hero. Even though he inflicts suffering for his own goal, it’s not his own gain as such, but for the good of the world and those he cares for.

This brilliant, fast-paced, action packed series has a habit of doing a flip-turn on a regular basis. It is not afraid to challenge and change the dynamics, chucking in those twists and turns to intrigue and excite. There are some songs during unfolding events that really helped capture and enhance the moment, to the point I got goosebumps. There are many surprises and losses along the way, something which this series is not afraid to do, so be prepared you may even shed a tear or two. 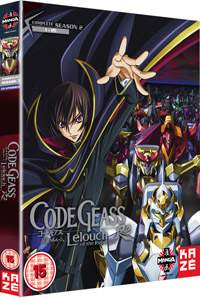 Plus, with the recaps and summaries with each episode, it should be easy enough for someone to follow who hasn’t watched it previously. However, I would highly recommend anyone who hasn’t watched the first season to do so, because Code Geass: Lelouch of the Rebellion is one series that should not be missed.

Code Geass: Lelouch of the Rebellion Complete Series 2 is Out Now on DVD and Blu-ray from Manga Entertainment