Some time ago I attended an intimate press screening at 20th Century Fox’s screening room in London’s Soho Square. Upon arrival, I grabbed a refreshment and decided to take a seat in the middle of the back-row. As a petite lady I wanted to ensure there were no obstructions between myself and my view of the screen, so I could fully appreciate what I was about to see. It was there that myself and probably most of the other attendees had our first 3D anime experience in the form of 009 RE:CYBORG. After all, here in the UK we don’t come across many anime titles with cinematic releases, yet alone released in 3D.

In its original form of Cyborg 009, it began as a manga and has since had many reincarnations. With 009 RE:CYBORG being the latest rework of a classic story, produced by Tokyo-based Production IG (Ghost in the Shell, Blood: The Last Vampire and the animated sequence from Kill Bill: Vol 1) and directed by Kenji Kamiyama (Eden of the East, Ghost in the Shell: Stand Alone Complex). The entire task force behind this film helped in giving it a new lease of life in this new era, updating the story with sly nods for original fans. The original Cyborg 009 was the brainchild of Shotaro Ishinomori, who was officially recognised by the Guinness Book of World Records in 2008 as the most prolific solo comics author, which happened after his death. This achievement was a close call between Ishinomori and the God of Manga himself, his mentor Osamu Tezuka, creator of Astro Boy (if you Google ‘god of manga’ Tezuka’s name will be the result of this search). 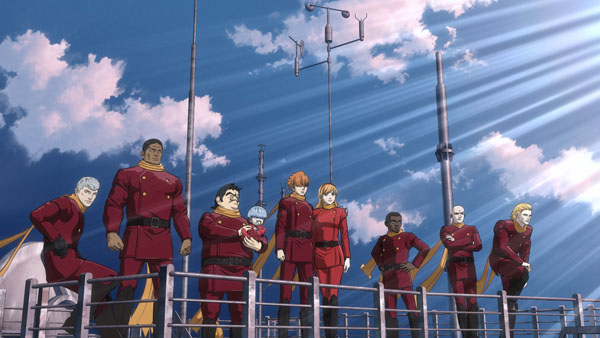 The 009 story centres around a group of secret agents, described as bionic minions, cyborgs created by an international crime organisation, who were recruited to work for the forces of good. Having turned on their masters, their mission soon became that of upholding justice and world peace. After all it’s not where you come from but what you do that really makes the difference, making a person who they are. But after many adventures they soon disappeared into nothingness. Fast forward to 2013. The world is in crisis and suicide bombers are attacking cities around the world because of voices in their head that they refer to as “his voice”. A seemingly divine voice that wishes to do a total reboot on humanity, infecting people with instructions that they soon fulfill with no choice in the matter. The dispersed group of agents are slowly located by their mentor, Doctor Gilmore, to once again uphold justice and world peace in this new era, in hopes that the super-powered cyborgs will be able to deal with this new unknown, if perhaps mysterious threat.

009 RE:CYBORG mixes elements of both 2D and 3D animation, using 3D computer graphics (3DCG) on the characters; creating that depth of field whilst maintaining the charm of cel-shaded imagery. The animation studio behind this is Sanzigen - specialists of 3DCG that is as close to hand-drawn animation as possible. I was relieved that they kept with the look of more traditional 2D Japanese animation that we have grown to love, in opposed to a more visually realistic look. I’m not exactly what you would call a fan of 3D, I’m something of a skeptic and in most cases it’s nothing more than a novelty to help sell films. But once the technology was introduced on a more mainstream scale that novelty soon wore thin and people actually began expecting quality, something that would make some kind of improvement to the experience of a film. Few films have truly triumphed in the 3D field and 009 RE:CYBORG is an addition to that list. 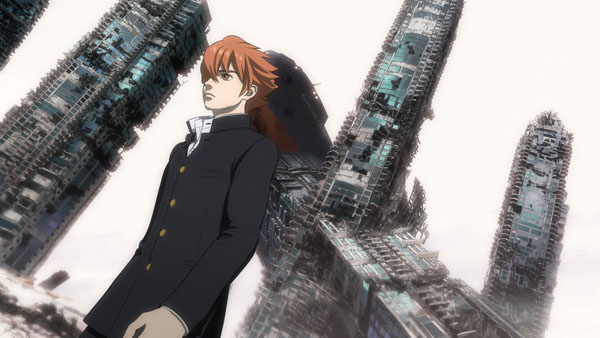 Overall I felt the subtle details and visuals were beautiful to watch, a real visual treat. However, I felt it fell somewhat short story-wise. It was almost as if it began the leap, diving into a vast ocean with great potential, and only made it halfway to its destination. I didn’t find myself warming to the characters, which was one of the major pitfalls, so in the end I felt nothing in regards to what happened to them. The film doesn’t give a huge amount of back-story for those of us whose first experience to this franchise is via this film. So perhaps this is one for those who feel rather nostalgic about this already existing franchise.

It was getting to a point where the excitement was building up, then it just ended. I know many of us were left with a ‘is that it?’ feeling. I left feeling a little confused as to what actually happened at the end. Attempting to replay the ending in my head and figure out what it all meant.

Following a packed screening of 009 RE:CYBORG in 3D at the SCI-FI-LONDON anime all-nighter it comes to UK cinemas on 7th June, including at Stratford Picturehouse for a one-off special screening on Thursday 13 June at 8.30pm. The 2D version of the film will also be available for legal streaming on the same date for £2.99 per stream at www.alltheanime.com/cyborg