Kenji Kamiyama started his professional career in animation as a background artist, his credits including titles such as Akira (1988) and Kiki's Delivery Service (1989). Since around 1994, he started to show his talent in directing works such as movie segments in video games.

In 1996 he became one of Team Oshii's members at Production I.G. Team Oshii was a group of creators gathered under Ghost in the Shell’s director Mamoru Oshii for the purposes of nurturing new talent and developing new projects. The result of this was the film Blood: The Last Vampire (2000) for which Kamiyama wrote the screenplay. During the same period, he also worked as animation director on Jin-Roh (1999), written by Oshii and directed by Hiroyuki Okiura. A rare example of a background artist shifting to directorial roles, Kamiyama eventually received international attention with the TV series Ghost in the Shell: Stand Alone Complex (2002) and Ghost in the Shell: S.A.C. 2nd Gig (2004), and the feature-length Ghost in the Shell: Stand Alone Complex - Solid State Society (2006), that he directed and co-wrote.

In 2009 he directed his highly anticipated new TV series, Eden of the East (2009) this time based on his own original script and dealing with NEETs (Not in Education, Employment or Training) and other underlying issues in Japan's youth society, fighting against a deeply conservative aging population. The series was completed by two theatrical feature films, The King of Eden (2009) and Paradise Lost (2010).

The theatrical release of the 3D version of Ghost in the Shell: Stand Alone Complex - Solid State Society, was given the International 3D Award at the 1st International 3D Awards 2011. 009 Re:Cyborg, premiering in Japan on October 27, 2012 is Kamiyama’s highly anticipated new feature film, animated in full CGI and presented in stereoscopic 3D. 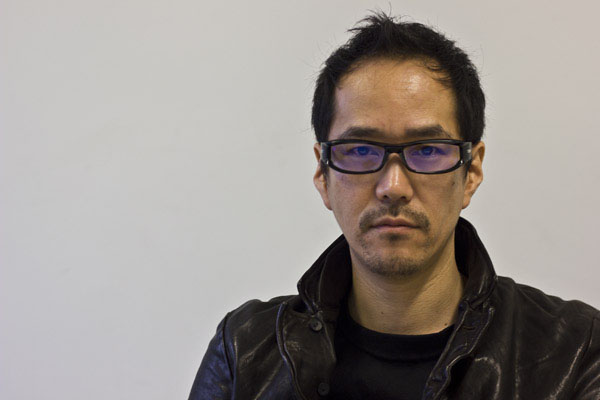 We recently spoke with the director (through an interpreter) in London about his latest film and the blurring of 2D and 3D.

What attracted you this story in the first place?

The original, that Shotaro Ishinomori wrote around 1956, is over 50 years old, but the fact that the protagonists came from around the world and gathered together and became heroes was a fresh idea. In the US you would have American heroes. In Japan you had Japanese heroes. The fact that people from around the world could join together and be heroes was something new at the time, and something fitting for today's world. That original continued for 20 or so years in various forms, but the themes of justice and evil were universal. It came to a conclusion in that the Black Ghost organisation, this evil society, the evil they represented was created by human greed, so as long as people exist there will always be evil and war, and yet these nine cyborgs keep on fighting for justice. So there's these universal, deep themes that run through the original series.

So you haven't had to update the story at all for a modern audience?

After he came to that conclusion in the original, he tried to go even deeper with the theme and say that people are evil. If the fact that evil would continue as long as people were around, which means that humans are evil, he brought in the idea of gods, and gods trying to destroy human beings, with that huge storyline, but he died before being able to bring that to a conclusion.

I wanted to take that incomplete theme and work with what Ishinomorisan was trying to do, and say that if there is this god that is trying to punish people, would the 009 cyborgs, if they were created by people, would they have to fight against this god, or would they decide to fight against humans whom the gods had decided were evil? Or would they find some other justice to fight for. I wanted to put that into a film that would create a new opportunity for people to come and see 009. That was the biggest reason for creating it.

Will the religious aspect alienate some of the audience that just want to see robots fighting?

I think that people who are familiar with the original work will understand what I am trying to do. Some people who come to 009 for the first time might find it difficult and might not like those religious nuances, but I felt that we had to wrap up that theme that Ishinomori had started with, before any other writer could work with 009. We used that as a slogan for the Japanese film, "We can't start until we finish". Until that theme is dealt with, we couldn't move forward. I imagine some fans will feel uncomfortable with it, but I'll be happy if they understand a bit of the background history of the series in Japan. 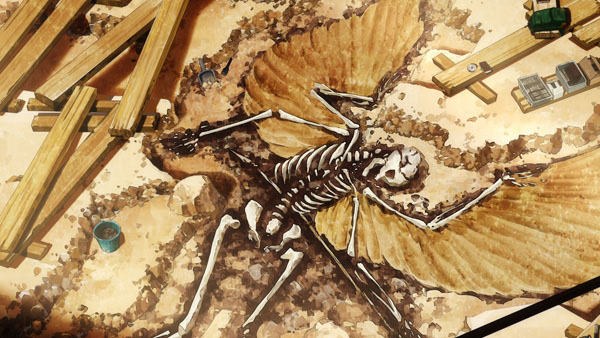 Japan is one of the last bastions of 2D line animation, and yet you chose to 3D CGI. Can you tell us about why you chose this method?

Firstly, there's a change in the world of anime in Japan. The animators working in 2D animation are getting older, and there are fewer and fewer of them, and also fewer people who want to work in 2D. We wanted to keep the 2D look, but use 3D. There are things that 3D CG are good at, such as objects and rotating objects, and things that 2D is good at, which is the characters. This gave us the opportunity to maintain the strengths of both; maintain the strengths of 2D and expand its possibilities using 3D, allowing the people working in 2D and 3D to use their strengths. It gives people around the world what they expect from anime, which is the 2D look, but uses 3D at the same time.

Has your role as a director, or the way you approach the project, changed by using 3D instead of 2D?

It hasn't changed fundamentally. I still give instructions to each animator but I'm doing it on a monitor rather than on pieces of paper.

Does 3D CG give you more flexibility to try different things that wouldn't be practical with drawings?

There is a lot more flexibility with 3D CG. There's more room for trial and error.

Was it always your intention to have the film in 3D rather than 2D?

Yes, that was our intention from the beginning.

Which could only be done effectively using CG.

Yes. That's why we couldn't use hand drawn this time.

Will you be sad to see line animation disappear?

I would be sad if 2D animation disappeared. 3D is good at depicting things accurately, things that don't lose their shape. The individuality of the 2D animators, each line that they draw has a different power to the 3D CG animation.

Will these artists be able to continue through other media, such as manga, which are still very popular?

I don't think that animators could draw manga as they can't come up with the stories.

They're still artists, and if someone gave them a story they could draw them.

That may be the way it could work with comics in the US, but in Japan you don't tend to get lots of people working on one person's story. It will be one person writes the story and another who draws the pictures. It probably wouldn't work the way you think it might.