Before Limitless was released in the cinemas they had a fantastic teaser campaign with ads for a product called Clearpill, which promised to unlock your potential and activate 100% of your brain - and then listed a huge number of side effects, which actually don’t seem that much worse than those on nicotine substitutes (seriously, read the small print on patches and gum). They even had a website where someone, looking remarkably like Bradley Cooper, extolled the virtues of NZT (which, sadly, is not included on the DVD extras). It was quite convincing, given all the stuff pharmaceutical companies and advertisers are pushing at us every day. Naturally I wasn’t taken in by it, not because of my superior intelligence, but because I read the book (The Dark Fields) upon which the film is based a decade previously, and instantly recognised it. 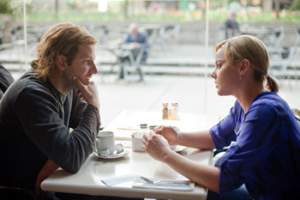 One of the things that impressed me about the book was how the author managed to convey a sense of the effects of the drug, because reading it made you feel like you had taken the drug. OK, not to the actual extent being described, but a sense of its possibilities was there. I did think at the time that it would make a great movie although I wasn’t sure how it could be translated to the screen as a lot of it is internalised and is recounted in the first person, while a lot of the “action” involved sitting in front of a computer. For the most part the filmmakers have done a great job and actually added a lot of humour that wasn’t in the book, which is hardly surprising as the screenplay is by Leslie Dixon, whose credits include Overboard, Mrs Doubtfire, Freaky Friday (2003) and Hairspray. The opening scenes of Cooper’s character Eddie Morra struggling with writer’s block were something I could more than relate to, which probably made them funnier for me than they really are. On one of his writing aversion excursions Eddie happens to bump into his ex-brother-in-law Vernon, who takes pity on Eddie and his literary travails and gives him a sample pill of NZT to help him out. Within minutes Eddie is a new man, and the writer’s block has gone. In a burst of creative energy he writes the book he has been struggling with for months and turns in a big chunk of it to his editor the following day. Unfortunately, the effects of the drug have worn off and he needs more to finish the job. Unfortunately things don't go quite as planned, and although Eddie does get hold of more pills and starts to become a huge success the aforementioned side-effects start happening to Eddie. He’s also got Russian mobsters after him, and another very sinister character too. It’s not looking good for Eddie. 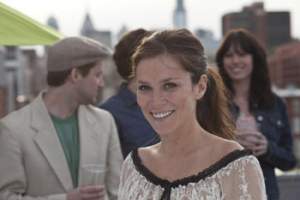 Naturally, it’s impossible to put everything from a book into a movie – unless it’s a Stephen King or Philip K Dick short story where they add more than was ever there – but this does capture a lot of the essence of the book and the story. Cooper is great in the lead and convincingly plays Eddie with both charm as a winner and angst and pathos as a loser. There is a strong support cast with De Niro doing some of his better work in recent years as predatory corporate boss Van Loon. It’s not much of a stretch for him to play charming and menacing, but he does it without resorting to his familiar tics. Abbie Cornish does well as Eddie's girlfriend and Anna Friel is a surprise as Eddie’s ex-wife, and is about as far removed from her Pushing Daisies character as you could get without adding serious prosthetics. 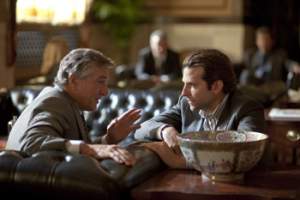 Visually the film is a treat, and while is doesn’t have the same effect as the book, it certainly is interesting, with shades of Michel Gondry, as well as reminiscences of scenes from Fight Club and Stranger Than Fiction. It is a good, solid entertaining movie, which offers a ray of hope in these difficult times, even if it isn't pure sci-fi. Unfortunately for me, having read the book, my only complaint was the ending, which was a total Hollywood cop out, although there is an alternative ending on the DVD/Blu-ray that doesn't change much. My advice is, watch the movie, enjoy it, because it is very enjoyable, then read the book, which is much darker. Just don’t read the book first. If you have one of those Apple devices you can get a digital version of the book for 99p from Apple's iBookstore.

LIMITLESS is out now on DVD/Blu-ray and available from Play and all good retailers.