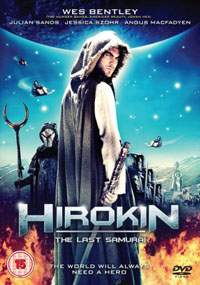 Filmmakers, directors and producers in particular, often refer to the screenplay as a blueprint for the film, but one they feel they have the right to alter and tinker with on a whim. The term blueprint principally comes from the world of architecture and engineering. Now, imagine if the foreman on a building, along with all the varied tradesmen involved decided to give their own interpretation of the architect’s blueprint. You would end up with a structure that would be uninhabitable. Sure, an architect will consult with engineers and suppliers to ensure the best use of materials will make the completed edifice structurally sound, but once the blueprints are finalised that’s it. Making changes during the construction period is never a good idea, at least not without consultation and approval from the architect. It seems, at least in Hollywood, that screenwriters are rarely accorded the same level of respect as architects and interference from directors, and even actors, can lead to a structurally unsound movie. Continuing with the analogy, an uninspired building design will still be made structurally sound through the work of good engineers and builders, just as weak screenplay can be turned into a reasonable film through the craftsmanship of the cast and crew. This is the case with Hirokin.

The concept behind this film is strong; a mash up of Akira Kurosawa and George Lucas, where a lone sword-wielding warrior, whose family has been killed by the evil emperor of a post-apocalyptic world. This ronin joins a group of rebels to battle the emperor and his helmeted troops.

Along the way he learns how to be a true warrior from the mystical rebel leader, and falls in love with the princess. It has a solid cast of well-known actors, including Wes Bentley as the samurai and Julian Sands, predictably, as the evil emperor. There are great locations and set pieces, especially for a low(ish) budget film, with CGI effects kept to a minimum, but it is hampered by a Phantom Menace level screenplay full of cliched dialogue and a paucity of fresh ideas. 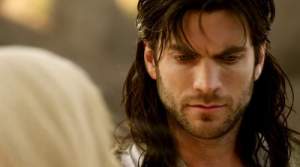 It’s not a total disaster, at least not in the financial scale of John Carter, but the accusations of “seen it all before” levelled at John Carter are more valid for Hirokin, because the story of John Carter was the foundation upon which most of contemporary sci-fi was built. Despite its obvious flaws, Hirokin is entertaining enough, within the confines of the genre, and more bearable than the aforementioned Phantom Menace, it’s just not memorable enough to garner any sort of cult status. Of course, if it had the production and marketing budget of Lucas behind it, that might be another story.

Hirokin: The Last Samurai is out on DVD and Blu-ray now and available from Play and all good retailers.