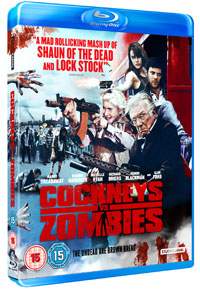 If you want to make a film filled with British stereotypes then East End gangsters and geezers is a good place to start. But if you want to try and avoid all the usual cliches then you will need to hire some good (or at least well-known) actors to deliver the dialogue, and then chuck in some zombies as a distraction, and make the title obvious so the punters won't be mislead. That pretty much sums up Cockneys vs Zombies. "You're 'avin' a larf" you might say, and this is definitely playing for laughs, although it fails to match what them posh boys from norf London did with Shaun of the Dead.

Set while the East End was being redeveloped for that big sporting event, some builders inadvertently open a tomb of zombies and it's not long before everyone is shuffling about looking for human flesh to feed on, except our heroes who are busy bumbling a bank robbery so they can save their granddad's old folks home from being demolished. So basically you have a bunch of deadheads fighting the undead to save the nearly dead.

The film doesn't try to break new ground or subvert the zombie genre, and on that score it succeeds. While the name actors (Richard Briers, Honor Blackman, Michelle Ryan and Harry Treadaway) save the day in the movie, they can't save the movie. It's predictable fun and, like any proper Cockney, has no pretence to be anything else, especially one of those fancy art films that gets lots of funding but no audience. It's not the best Zombie movie, or even the best London zombie movie, but someone has made a fairly decent, low-budget, London-based genre movie, and for that they should be applauded and supported.

Cockneys vs Zombies is out now DVD and Blu-ray. 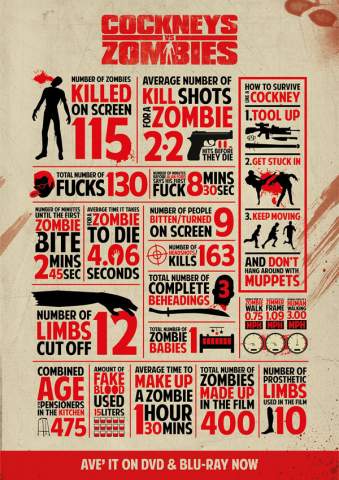