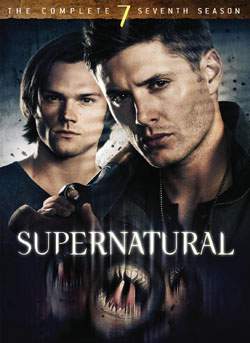 Supernatural was the natural successor to Buffy, even more so than Angel. Until the arrival of Spike, Angel was a bit too serious. Supernatural, on the other hand, had everything to appeal to an audience that had grown up with the Slayer and was now, well, grown up, or at least older. It had two charismatic leads in the Winchester brothers, who appealed to both genders, with plenty of witty banter between them, along with "monsters of the week" and an ongoing story arc. It is up to its eighth season, with the seventh now available on DVD and Blu-ray™.

At the end of the sixth season we saw Sam, this time, make an epic escape from the bowels of Hell, and once again be reunited with his sardonic brother Dean, only to face an enemy more canny and adaptable than any the pair have ever fought: the monstrous Leviathans, freed from Purgatory and immune to the brothers’ arsenal of weapons.

Whether it’s Lucifer torturing Sam with visions of Hell, or facing their own private demons, Sam and Dean only have each other to rely on as they cope with a devastating personal loss. Although there is no shortage of action and drama, the old charm is still there, and there are plenty of cliffhangers to keep you entranced.

Of course, with Jensen Ackles on board there is plenty to fill the gag reels, and he sings too. The Blu-ray has an extra creature featurette, as well as UltraViolet™ digital copy of all 23 episodes.

Supernatural Season 7 is out now on DVD, Blu-ray and UltraViolet.