The predictable, formulaic structure of Hollywood movies may work for most multiplex audiences but sometimes you want to be surprised when you go to the cinema, and not in a heart-stopping, horror movie way. Holy Motors is one of those rare films that keeps you guessing, from its opening scene to its surreal finale. It plays out like an anthology of short films that are linked by the protagonist preparing for seemingly unrelated missions delivered to him in the back of a white stretch limo, which somehow answers the question posed in David Cronenburg's Cosmopolis: "What happens to all the stretch limos at night?". The fact that both films were released contemporarily further adds to the mystique. 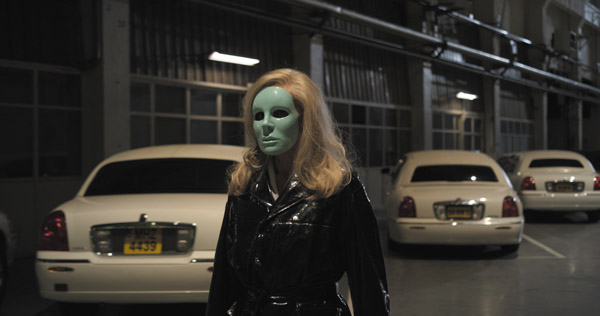 From the outset, the viewer is confounded as we try to discover the chameleon-like protagonist's true identity and the reasons for his missions (is he an assassin, prankster or therapist?) as he changes persona through the use of prosthetics. Although there are some big name cameos, such as Eva Mendes and Kylie Minogue, it is the spectacular central performance(s) from actor Denis Lavant, which is sometimes acrobatic, sometimes pantomime, that carries the whole film. Like a clown, emotions are displayed more through his movements and silence than through his facial expressions, which are mostly hidden beneath the masks of his characterisations and the astounding make up. Unfortunately, Lavant seems to have been unjustly overlooked at all the major awards this year. 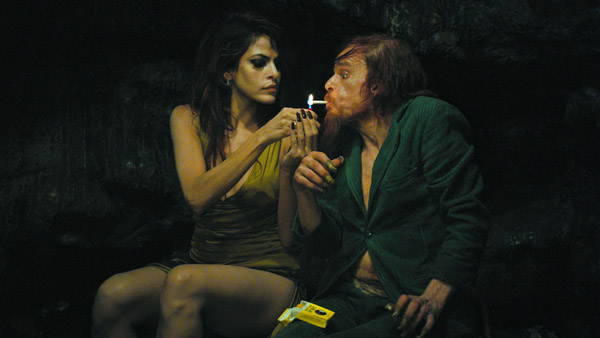 This isn't an easy film to follow if you like a structured linear narrative, and yet, like Terence Mallick's Tree of Life, it is pure cinema - admittedly with a strong Gallic flavour - that is best witnessed rather than watched with the rational mind engaged. In an interview with the director that appears on the DVD/Blu-ray release, he says this film can be better understood by children (even if it is unsuitable for them with its 18 rating). This is a similar sentiment expressed by Terry Gilliam about Tideland, probably his most (unfairly) criticised film. Of course, if we all went through the world viewing it through the innocent eyes of a child, it would be a much better place.

And in the middle of all the weirdness is one of the best bits of accordion music you are likely to hear, with the possible exception of Natalia Tena's band Molotov Jukebox.

Director Leo Carax, along with the likes Jeunet, Caro and Gondry, proves that France can still produce films that are visually original while having something profound to say, often with wry humour, about the human condition rather than reverting to the default maudlin musings usually associated with their compatriots of the past. 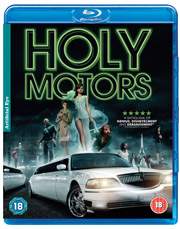 This may not be science fiction but it definitely fits into the fantastic remit of our festival's name, and is right at home with the other WTF films we've shown over the last decade, such as Beyond the Black Rainbow.

Holy Motors is out on DVD and Blu-ray on January 28.