Aahh, time travel. Who hasn't thought about the possibilities of it at some time? Ducking back to 1994 and picking up a stack of cheap Apple shares. Flashing forward to see if it all turns out for the best. But then there's all those pesky paradoxes that need to have an eye kept on them so as not to create tears in fabric of the time/space continuum (Continuum, coincidentally, being the name of a new series just out on DVD). What would happen if you could travel to the future, only to find that you were, in fact, in the present, just an alternative one.

The great mystics have always understood that there is only the one eternal present, from which viewpoint you can see all the activity of eternity. Past, present and future all exist in that single moment and the saffron express is always ready to travel there. However, this contains its own paradox because once you attain the state of being to traverse time and space, you don't want to, because here and now is perfect.

However, Looper does not concern itself with subtleties of enlightenment, and chooses to go down a more traditional speculative science route of time travel, albeit one that is invented in the future of the future in which the film is set. And in that future future, time travel is illegal, but the criminals of the future have come back to the present in which the film is set and established a system for eliminating future adversaries by sending them back in time to a specific place where a hitman, called a looper, is waiting to kill them. Unfortunately, the time comes when every looper has to close the loop and kill his future self (without prior knowledge), for which he is paid handsomely to live out the rest of his days. 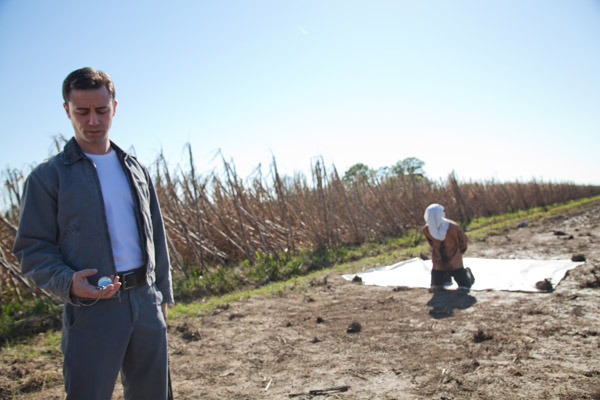 When that fateful day arrives for Joe (Joseph Gordon Levitt), his future self (Bruce Willis) is ready and manages to escape, which is not a good thing, especially as future Joe has come with a vendetta to eliminate the person who was responsible for the death of someone he loved. Without giving too much away, much pursuing ensues, leading to a lot of bloodshed. 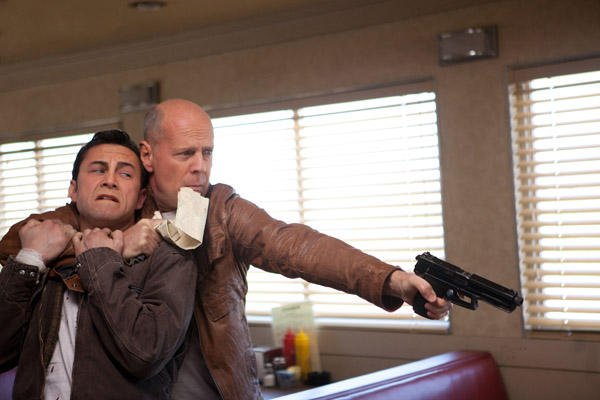 Although it is not short on action and thrills, this is a smart movie that is full of twists and turns (as a time travel movie should be), especially coming from the mind of Rian Johnson, who made the equally inventive Brick and Brothers Bloom. There hasn't been a movie of this ilk since Primer (Primer's writer-director Shane Carruth actually served as a time travel consultant on Looper), but this has the benefit of a big budget and name stars that also include Emily Blunt, Paul Dano and Bill Pullman in support. This may well be the smartest sci-fi you see this year, and for quite some time (in either direction). It has an advantage over Inception, which is just a bit too clever and intellectual, by also having a heart to balance out its smarts. 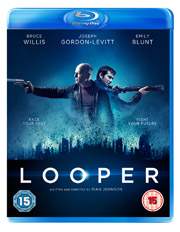 The DVD has brief "Making of" featurette and a fascinating one about the soundtrack, which is especially interesting for musicians. The Blu-ray offers some more including one on the science of time travel, plus a stack of deleted scenes with commentaries.

Looper is out now on Blu-ray and DVD.