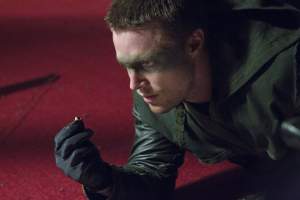 For those whose knowledge of the DC Comics universe doesn't extend much beyond Superman and Batman cinematic excursions, Oliver Queen aka Green Arrow will be mostly familiar to fans of Smallville. Green Arrow now has his own show, although completely reimagined, with a different cast.

Despite dressing in green and being an archer, Green Arrow is no Robin Hood, resembling more of a Batman with a bow as he comes from a wealthy industrialist family that lacks the moral fortitude of the Waynes.

This first season of Arrow is very much an origins story that revolves around Oliver's rescue from a remote island where he had been marooned, presumed dead, following a boating "accident". The story arc switches between his investigations into the accident and his time on the island, all of which involve some very dodgy dealings and nasty villains, many of which close to home.

The show is more plausible than Smallville and much darker, with more of a Nolan Batman feel to it. If you didn't see it when it aired on TV earlier in the year, then it is definitely worth catching up with on DVD/Blu-ray before the second season comes out. There's great action and interesting characters that make it engrossing viewing, with plenty of surprises and cliffhangers.

Chris Patmore talks with Arrow star Stephen Amell about his role in the show. 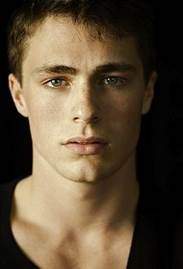 Raffaella Patmore talks with actor Colton Haynes about his roles in Arrow and Teen Wolf, and dealing with fans on social media.