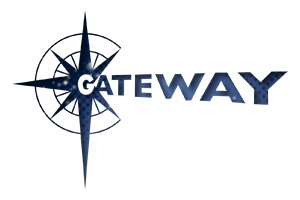 Premiere science fiction and fantasy publisher, Gollancz, are set to launch a brand new eBook store called SF Gateway in September, to coincide with their 50th anniversary celebrations. Conceived by Orion Publishing's Deputy CEO Malcolm Edwards, SF Gateway will build on the success of their Masterworks series by showcasing Gollancz stellar backlist of SF&F novels. The plan is to launch the site with 1000 titles from 100 authors but their ambitions are to hit 3000 titles by the end of 2012 and more than 5000 titles by 2014.

Gollancz’s Digital Publisher Darren Nash, who joined the company in September 2010 to spearhead the project said, “The Masterworks series has been extraordinarily successful in republishing one or two key titles by a wide range of authors, but most of those authors had long careers in which they wrote dozens of novels which have fallen out of print. It seemed to us that eBooks would offer the ideal way to make them available again and this realisation was the starting point for the SF Gateway.” Wherever possible, the SF Gateway will offer the complete backlist of the authors included.

As well as the eBook store the SF Gateway will be closely integrated with the new online edition of the Hugo Award winning Encyclopedia of Science Fiction. An independent and definitive reference source of information, about 75% of the content should be available by the end of the year, with the rest uploaded throughout 2012, eventually reaching around 3 million words, 12 thousand entries, and over 100 thousand internal links. The ESF will provide direct links between the Encyclopedia and the Gateway for easy access to eBook editions from all major online retailers. The Gateway site will also act as a major community hub and social network for SF readers across the world, allowing them to chat and recommend titles and authors and there are plans for forums, blogs, regular promotions.

More information about the Science Fiction Encyclopedia can be found at http://www.sf-encyclopedia.com and they are also on Twitter and Facebook.