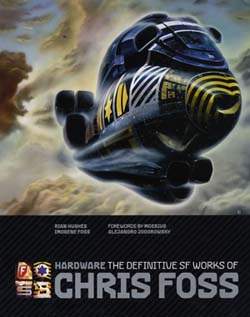 Chris Foss exploded into prominence in the early 70s and his groundbreaking science fiction artwork has graced the covers of books by Isaac Asimov, E. E. 'Doc' Smith, Arthur C. Clarke, A. E. Van Vogt, Philip K. Dick and Douglas Adams. A distinctive blend of imagination and realism, characterised by his trademark battle-weary spacecraft, dramatic alien landscapes, blisteringly bright explosions and crumbling architecture, often marked with mysterious symbols, Foss's pioneering - and much-imitated - designs became the defining template for how we pictured the hardware of tomorrow and along the way irrevocably changed the aesthetic of science fiction art and cinema.

Although at the time he was probably most famous for illustrating the original black and white edition of The Joy Of Sex, Foss's involvement with Dan O'Bannon and his work with Moebius on concepts for the fabled Jodorowsky 'Dune' film in Paris, got him noticed by the creative team on Ridley Scott's Alien where he worked alongside H.R. Geiger and co-created the spaceship, Nostromo. 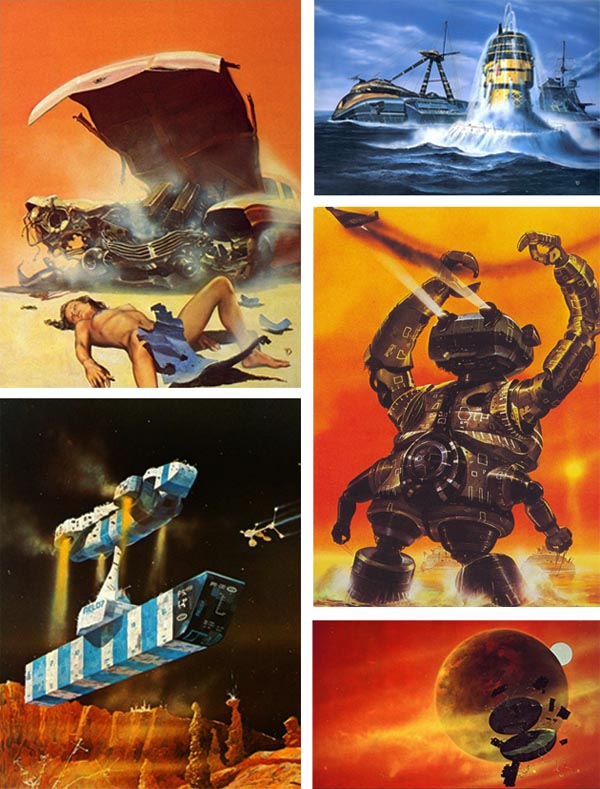 Hardware: The Definitive SF Works of Chris Foss brings together many rare and classic images that have never been seen or reprinted before, making it the first comprehensive retrospective of Chris Foss's SF career. More often than not Foss's work is devoid of any human life (the illustration from JG Ballard's 'Crash' being a noticeable exception, above) and he rarely illustrated scenes directly from the books he illustrated, but rather than making them too generic, this probably helped to raise them to the status of 'iconic' and unmistakably 'Foss'. Beautifully printed in glorious colour on heavy gloss paper, the hardback edition is 240 pages of awe and wonder that would grace any science-fiction library.

Hardware: The Definitive SF Works of Chris Foss is published by Titan Books and is available with free delivery from The Book Depository, and on the high street from , Blackwell and all good book stores.