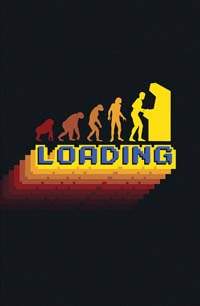 There's already huge buzz around Ready Player One. It's written by Ernie Cline who wrote the Star Wars fan film Fanboys, which we screened at the festival, and the movie rights have been snapped up by Warner Bros for a cool six figures with Cline slated to pen the screenplay, so all-in-all, in a 'geeks shall inherit the Earth' kind of way, it's good to be Ernie Cline right now.

Set in 2044, with no oil left, climate change wreaking havoc on the planet, poverty rife and famine and disease everywhere the real world is not somewhere that anyone wants to be, so almost everyone on Earth spends their time hooked into a vast, sprawling virtual reality called OASIS. In the OASIS universe you can be anyone or anything you want to be, and in the years since it's launch it has become the place to get educated, do business, be entertained, live, love and do just about anything you want - but there's a twist. Before he died, the creator of OASIS, James Halliday, devised a complex quest to take place inside his virtual world comprising a series of clues and puzzles that anyone can enter and anyone has the ability to solve. But here's the kicker; because Halliday died without leaving an heir, the winner stands to inherit the entire Halliday fortune and complete control over OASIS, and given that this sprawling virtual world is worth untold billions of dollars, the competition to win is fierce.

Like everyone else, Wade Watts has been trying to solve this mystery for five years. He's got a couple of online friends he hangs out with but, like them, he's never joined a clan or any kind of team, he's a confirmed soloist and likes it that way. He's also a Halliday expert and has dedicated himself to knowing every tiny detail of Halliday's life and the the things that Halliday himself liked, the films, books, games, comics, music and general pop-culture of the 20th century, specifically the 1980's (I know, the horror right?). When Wade deciphers the clue to the first puzzle, and collects the bronze key, his name becomes the first to ever appear on the Halliday scoreboard and suddenly the whole world sits up and takes notice.

Billed as probably the biggest geek event of the year, and trying hard to live up to that billing, Ready Player One is a frustrating book to read for someone of my age. You see it's all very well to wax lyrical about the 80's, the great movies, electronic music, the birth of the computer games industry, but for someone who was very much there at the time, let me tell you, it wasn't all great and a lot of that stuff just doesn't stand up today. Anyway, for the sake of the book let's pretend that it was as cool and groovy as Cline makes out and take it at face value. RPO is a pot-boiler of a chase thriller that sets itself apart by being mostly set in a virtual world. The characters - as we understand it - are all kids and they're out to win the prize and save OASIS from the clutches of the all powerful corporation that seeks to take it over and ruin it for their own profit.

In that respect it stands up reasonably well. Written in the first person, Wade Watts, as a main character, is likeable enough and Cline makes a point of playing out a decent chunk of the early story in the real world to give us a frame of reference within which we can empathise with him. The rest of the characters lack depth but then we only know them as avatars up until the end of the story so it's hard to truly engage with them, although Cline's uber-geek dialogue does a good job of making them distinct. The plot is simple enough and while it has obvious shades of Tron, Willy Wonka and Avatar rolled into it, RPO is enough of it's own thing to keep you engaged without shouting out loud.

The big hook though, as previously mentioned, is the whole 80's cheese-fest that Halliday's life, and thus the OASIS competition, is based on. This would be fun in small does but it tends to read like a catalogue of 80's pop culture references from beginning to end and does get tiresome, especially when you're regaled with a level-by-level, blow-by-blow account of how to score a perfect game in PacMan. While these things have importance to the story they are not that interesting to read, in the same way that watching someone play a computer game is not as much fun as actually playing a computer game, and I do feel that a bit more plot and a bit less story might have helped. In fairness though, Cline seems to know his stuff here and if you're new to it then it could prove to be more fun for you but it reminded me of Brett Easton Ellis's 'American Psycho' - every page sounded like a shopping list.

But for all that RPO is a thoroughly enjoyable book. The action sequences are huge and imaginative because the OASIS world can conjure anything you want as ally or enemy and Cline does a good job of balancing the threat in both virtual world and real world so that it doesn't all feel like a giant game. The dead spots in the plot are nevertheless covered over by interesting activity and everything he sets up pays off nicely in the end. I'm pretty certain that if you're a game nerd, or any kind of fanboy, you're going to love RPO no matter what I say so feel free to go out and buy it, you'll have fun I'm sure. It's a bit light on plot though for my money but I have no doubt it'll make a great movie.

Ready Player One is published by Random House and is available with free delivery from
The Book Depository and on the high street from Blackwell and all good book stores.