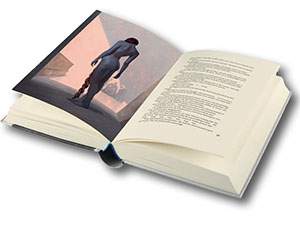 I've been a bit slow on the uptake with this one but The Folio Society are celebrating the 50th anniversary of the publication of Frank Herbert's Dune with this sumptuous hardcover edition, beautifully illustrated by Sam Weber and presented in a gorgeous heavyweight slipcase - and I want one!

A Hugo Award winner in 1966, and winner of the inaugural Nebula Award for best novel, Dune is the world's best-selling science-fiction book. An epic tale set 20,000 years in the future where humans have spread across multiple worlds, to individual planets ruled in feudal style by royal houses, who in turn owe allegiance to the Padishah Emperor.

It's the story of Paul Atreides, son of a murdered Duke and product of an illicit breeding program, whose noble family accepts stewardship of the desert planet Arrakis, the only known source of the 'spice' melange. Spice is the most valuable commodity in the universe because it is crucial to interstellar travel, so this makes control of Arrakis a coveted - and very dangerous - position.

It's a complex and multi-layered story that explores how politics, religion and commerce weave together a society, and how ultimately they consistently vie for power in an effort to change the destiny of an entire universe. While neither the story core - a disinherited prince reclaiming his birthright - or the setting - a quasi-medieval feudal world transplanted to interstellar space - are exactly original, the themes of drug use and spritual enlightenment melded with ecology vs. technology placed it at the heart of the mid-60s zeitgeist where it easily won hearts and minds, and it has continued to do so ever since, selling over 12 million copies, and spawning five sequels, as well as multiple board games, computer games, television series and feature films. 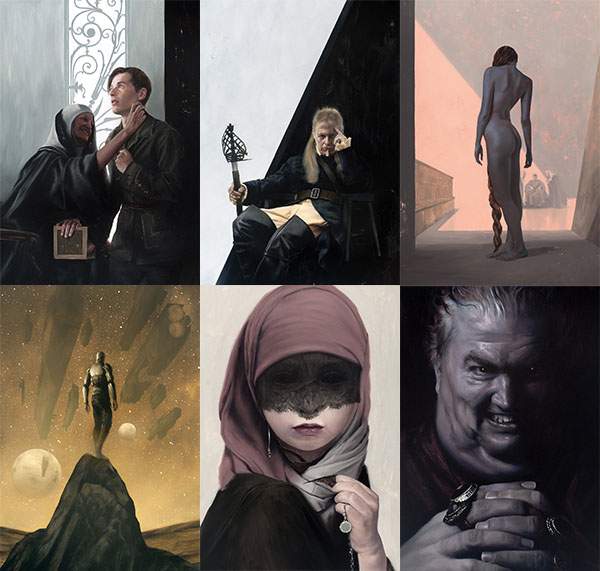 "Dune seems to me unique among novels in the depth of characterization and the extraordinary detail of the world it creates. I know nothing comparable to it except The Lord of the Rings" - Arthur C Clarke

For those of you who don't know The Folio Society, they specialise in publishing beautifully crafted and lavishly detailed hardback editions of the world's greatest books, designed to grace the libraries and collections of the sort of people who truly *love* books, and they've been doing it since 1947.

This edition boasts an introduction by Pulitzer Prize-winning critic Michael Dirda, examining the hidden depths of Herbert's 'grand operatic vision'. Also included is an illuminating afterword by Brian Herbert, son of the author, who has penned several best-selling novels that expand the Dune universe. A limited edition poster of the striking cover image of Paul Atreides will accompany each book purchased from the initial print run. 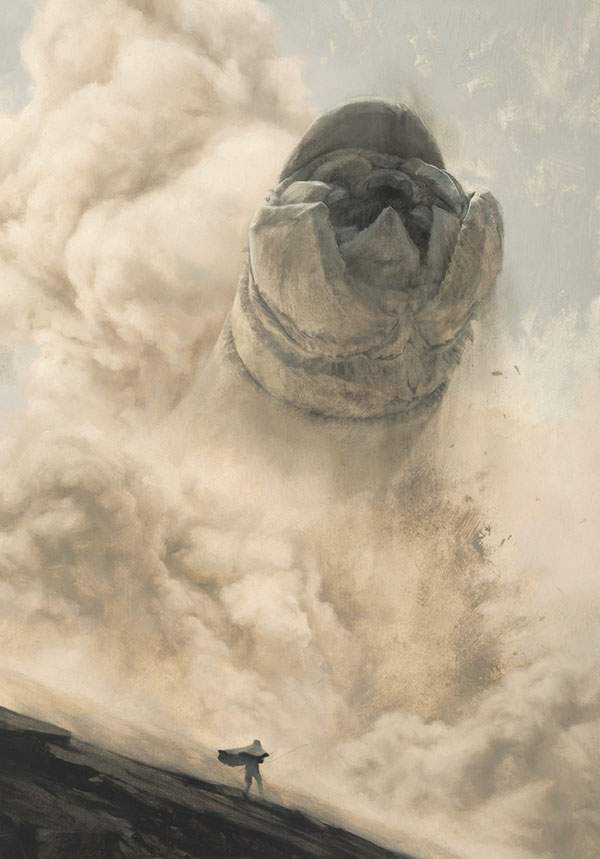 They have also commissioned artist Sam Weber, previously the illustrator of editions of Lord of the Flies and Fahrenheit 451, to bring some of the characters and the world to life. Weber has delivered - in every sense of the word - eleven beautiful illustrations to grace the inside of the book including 3 double-page spreads plus a number of black and white chapter head illustrations. Alongside this he has produced the cover and slip-case designs while Martin Sanders provided map end-papers. As you can see, weber has a very photo-realistic style, and each image really lifts off the page lending quality dramatic impact to what is already and fabulous story. Rendered alongside the Folio Society's legendary attention to detail it provides a book that any book lover will want to own.

For more details and ordering info head over to their website.