Imagine, two films about about a young man torn from his comfortable home and sent on an unexpected journey from which he does not know he will return. And both films are based on much loved books that were thought to be impossible to make, and yet here they are in 3D no less. This is a review of the better of the two films, and while you might be wondering what this film has to do with sci-fi, our festival is one of science fiction and fantastic film, and this definitely falls into the latter category

For all its technical wizardry and long cultural heritage, The Hobbit left me overwhelmingly indifferent, as my review states. Life of Pi, on the other hand, was a joy to watch from start to finish, filled with breathtaking imagery and a totally engaging story. 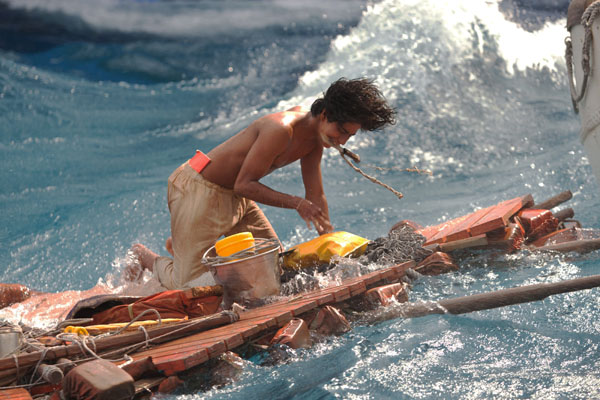 The story, in its shortest possible description, is about Pi, an Indian teenager, who becomes stranded in a lifeboat on the Pacific Ocean with only a tiger as a companion, after the ship he, his family and the animals from their zoo, sinks in a storm. The book, which was critically praised and awarded, is recounted in the first person, as the older Pi, played in the movie by the always excellent Irfan Khan, tells of his adventures to a visiting writer. As such, there is a fair amount of voiceover, but it works mainly because the visuals are so strong. 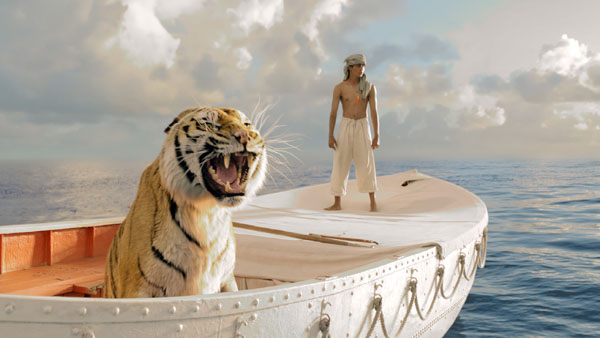 From the opening shots of the zoo grounds in India, it is a marvel that shows that in the right hands, 3D is a valid cinematic tool, rather than a gimmick to up the box office takings. However, there were moments in this when it did resemble a lenticular image, where it looked like several layers of 2D images rather than having a true perception of depth. This may have been influenced by my seat position in the cinema.

I'm not going to go into more details because it is a film that needs to be experienced on a big screen. If you've read the book and have any doubts about seeing it, trust me, it works and more than does justice to author's vision. See it!

Life of Pi is in cinemas from December 20.