It's strange to think that most sci-fi fans are more willing to accept the existence of alien life than they are to believe in reincarnation, and yet, reincarnation is an excepted part of most of the world's major religions. Even Christ spoke about it, although the various Christian sects seem to have removed it from their versions of his teachings, as part of their strategy to control their masses through fear. It seems unlikely that today's cyber-connected youth are particularly open to the possibility either, given the growing popularity of #YOLO across social media. With neither the science nor the religious advocates willing to relinquish their views on the subject, is it any wonder that Hollywood films on the subject struggle to find audiences, despite having A-list directors and actors.

Darren Aronofsky's The Fountain broached the subject in 2006, after the project was initially abandoned due to escalating costs. Aronofsky's film was about the search for the fountain of eternal youth based around the symbolic tree of life, an idea that pervades many religions. It also followed two specific characters in three different time periods, which were essentially past, present and future, with the future set chapter going more into metaphysics than space travel. It did not meet with favourable reviews, nor did it do well at the box office. It was a film that was far too profound and complex to be a major hit, or even a minor one, but is one that should be seen.

Cloud Atlas, on the other hand, is based on a successful novel by British author David Mitchell (not the comedian of Peep Show fame) and was considered to be another one of those "unfilmable" books, which is more a testament to the lack of imagination of the studios than anything else. If a book has a narrative it can be made into a film, and even it it doesn't, like the works of the Beat Generation, such as Ginsberg's Howl, Burroughs' Naked Lunch and Kerouac's On the Road, which have all made it to the big screen. Co-director Tom Tykwer is no stranger to turning "unfilmable" books into movies when he made Perfume, and Run Lola Run showed he could deal with multiple timelines. And the Wachowski siblings, well, they did make The Matrix, so were more than familiar with bringing complex concepts to cinemas. Unfortunately, US audiences, as seen with The Fountain, aren't very receptive to complex ideas, not even if it stars beloved Oscar-winning actors such as Tom Hanks, although, in terms of acting, it is Jim Broadbent who steals the show, along with Korean actress Doona Bae. 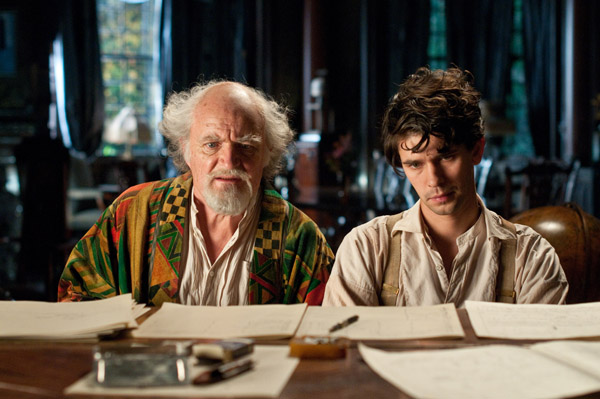 Sure there are six interconnecting character shorelines that span several centuries from the past to the future, all played by the same actors with varying amounts of prosthetics and voice changes, but it is not that hard to follow, despite the rapid changes to the timelines. In the end, like The Fountain, it is a story of enduring love overcoming all obstacles including death. If you say the you are going to love someone for all eternity then you better mean it because, by the laws of karma, you will have to. 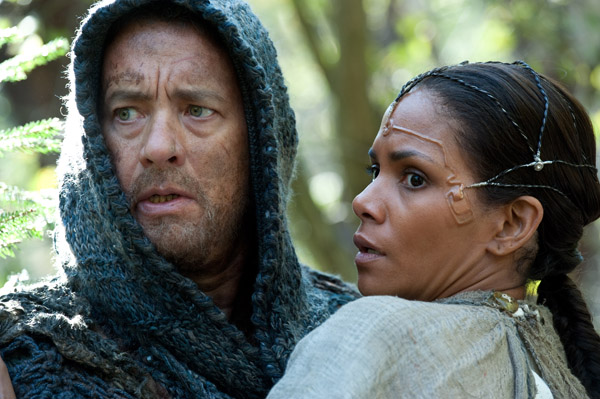 The film is not without its faults, due to some of the characters and characterisations, with Hanks being one of the worst offenders. As mentioned before, it is Broadbent and Bae that really stand out, but that could be because they are characters you actually care about, or maybe because their performances make you care. Thankfully, there is enough action and spectacle to maintain interest for its almost three hour running time. Where it really fails is in the fact that it is unlikely to stimulate debate about reincarnation even among the openminded that aren't the staunch religious believers at one end of the scale, or the rationalising scientists and atheists at the other. If this film does pique your interest then do also have a look at The Fountain, especially if you haven't already seen it.

Unfortunately, it is a film that has something for everyone yet lacks mass appeal. It is definitely worth seeing at least once, but do so with an open mind. And you can bet there is someone somewhere who is recutting it into chronological order in the effort for it to make sense to them.

Cloud Atlas is in cinemas from February 22.