We have some exciting news for comic fans! Our friends at Stratford Picturehouse have a special guest to celebrate the hugely anticipated release of Man of Steel, which is out tomorrow!

Tomorrow (Friday 14th June) between 3.30pm-8.30pm, comic-artist Lee Townsend will doing a sketching and signing session at the Picturehouse; so get something signed for free, commission a sketch, or buy a fantastic print of his work. All which would make would make for great Father's Day gifts. With every piece sold, Lee will be donating £1 to Plan UK. Plus, you can always have a good old natter to him about his work. There's great conversation to be had! After all, Lee has been in the Comic industry since the early 90s, so he's got a pretty impressive list of works! Having worked for the likes of Marvel (Spectacular Spiderman, X-Men, Hulk, and Avengers), DC Comics (World of Warcraft, Superman), 2000 AD (Judge Dredd, and Sinister Dexter) and Image Comics. He did a brief stint working in the world of animation for DreamWorks Animation and Disney, but comics was always (and still is) his first love.

Lee is currently in discussion with Marvel and DC regarding his next big project, as well as having several film related projects in the pipeline, to commence very soon. At the moment he is working for Avatar Press. 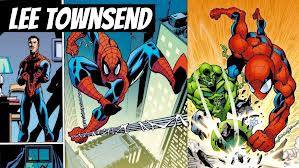 All very exciting indeed! Pick up some creative works and watch Man of Steel on the opening day, screening in both 2D & 3D (they don't charge a booking fee when you book in advance! Hooray!). You can even relax in their lovely bar/cafe in between, and take your drinks into your film. That certainly has our SCI-FI-LONDON seal of approval!