Another week, another apocalypse. Cinema and TV's fascination with our ultimate destruction continues, although this time with a slightly gentler British slant, as the Spaced gang finish their Three Cornettos opus with their comedic homage to the apocalyptic genre du jour. 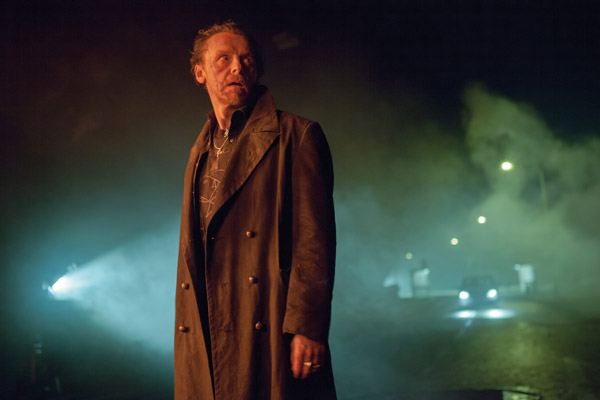 Inevitable comparisons will be drawn with Seth Rogen's This is the End. Apart from the apocalyptic scenario, both films have man-boys in the lead roles, they're both comedies and they both feature ensemble casts and cameos from all their famous actor friends. But that's where the similarities end. This is the End, despite a few negative reviews, was hilarious, but very much a product of narcissistic Hollywood, even if its more indie/stoner side. The actors played versions of themselves that were more tabloid perceptions of who they are. And being American the apocalypse was a Judeo-Christian one.

The World's End is much more of a British affair, with beer and pub crawls instead of weed and hipster parties, and the premise is far more John Wyndham (with a bit of Stepford Wives thrown in) than John the Apostle.

What both films do have in common is their moral, which is, if you stick with your mates you can survive anything, even the end of the world.

Of course, it will also draw comparisons with its other Cornetto predecessors, and it is more of the same, but different. It's the same style of visual and knockabout gags that need a certain amount of nerdiness to appreciate, apart from the fact that the humour is uniquely British, which could mean it won't travel that well overseas. This is the End did really well at the box office despite accusations that the humour was too insular, but given the success of Rogen and crew's previous hits it is clear their brand of humour travels. Pegg's role in Star Trek has made him internationally recognised beyond the cult status of Shaun of the Dead. And the oft-maligned Paul did far better internationally than it did in the US.

While there are still plenty of genres (or sub-genres) Pegg, Wright and Frost could explore, it is a sensible idea to bring their frozen confectionary series to an end, and do it with a big bang.

If you are exhausted from watching huge American cities being levelled, then seeing Britain's first roundabout befall a similar fate is as refreshing as an ice cream, or a cold beer if you prefer, on a summer's day.

The World's End is in cinemas now.