While his pal QT has been successfully exploring different genres, Robert Rodriguez has stuck with his roots of making modern grindhouse Mexploitation films, with the larger-than-life character Machete making several appearances before landing his own film. Following the success of the fake trailer in Grindhouse it only seemed natural.

At the end of Machete we were promised Machete Kills and Machete Kills Again, in some more fake trailers, and now Machete Kills has arrived. However, according to the trailer that opens the film, the next in the series will be Machete Kills… In Space. The trailer certainly proved to be popular with the audience, but was it really a plausible segue for what we were about to witness? 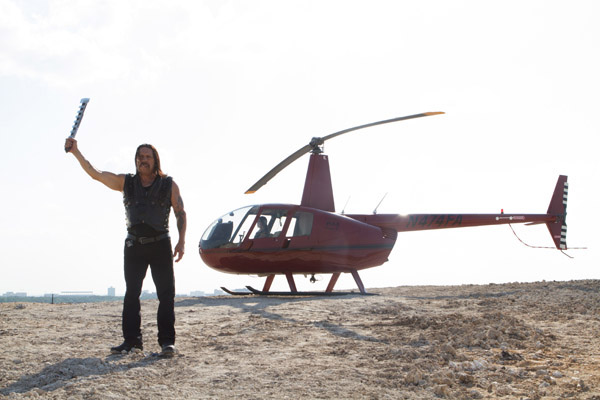 In this sequel Machete is still working with Sartana (Jessica Alba), rounding up bad guys, until they caught in the middle of an arms deal that goes wrong. Against all the odds, Machete survives and is called to the White House by the President (Carlos Estevez aka Charlie Sheen) to go on a deadly mission to bring down a crazy revolutionary (Demian Bichir) and an eccentric billionaire arms dealer (Mel Gibson) who are planning to great international chaos, for their own benefit.

The film actually feels more like an over-the-op Latino James Bond film than the previous outing, but with less sex and more violence (which is more acceptable to American audiences). Apart from the two megalomaniac villains, there is a shape-shifting assassin played by Antonio Banderas, Cuba Gooding Jr., Walt Goggins (from the excellent TV series Justified, which is every bit as good as Breaking Bad) and Lady Gaga. Rodriguez has also gathered together a hefty collection of femmes fatales. 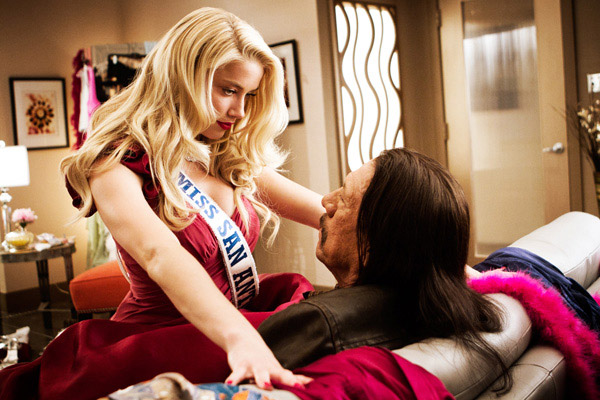 The action sequences, as we have come to expect from Rodriguez, are laughably over the top implausible, but that is where the fun is in this movie. It's supposed to be that silly and it does it very well. If you go to see it and expect to see anything else, then you clearly haven't seen any of RR's other grindhouse films. If you like them, then you will love this.

And is Machete really going into space?

Machete Kills is out in cinemas now, even nice ones.