When bounty hunter Caine (Channing Tatum) tracks her down, ordinary Earth human Jupiter Jones (Mila Kunis) discovers that her genes are pivotal to an intergalactic conflict that threatens everyone on Earth. 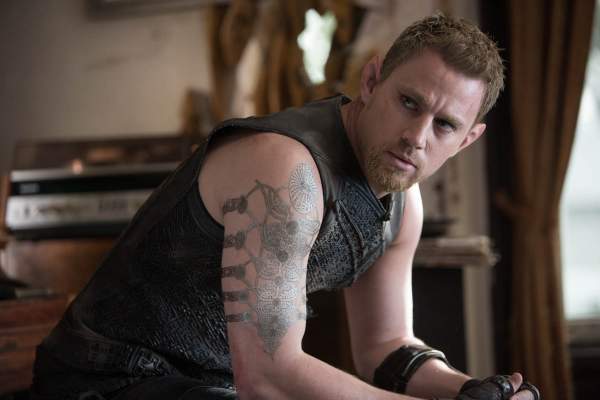 Jupiter Ascending is guilty of many of the problems of recent Hollywood blockbusters. It's full of jargon and the action is sometimes confusingly shot. With the many action scenes taking place on really high platforms if you squint it looks just like Star Trek Into Darkness. But the biggest and most important difference is that Jupiter Ascending is original, taking place in a universe created from scratch for the film, not based on a comic book or toy line. There's no knowing wink that made Guardians of the Galaxy so much fun and so successful - we all know this is silly, so we're allowed to enjoy it - instead there's an earnestness that's compelling and perhaps the closest we've come to translating the golden age of space opera to film. Certainly there's a visual reference, in that the CGI vistas often resemble painted paperback covers come to life, but as the film unfolds, taking even its more ridiculous plot points seriously, you wonder how a big studio action film could be this imaginative and weird.

The plot is structured like a pulp magazine serialisation, with digression after digression, throwing out so many new characters that some are completely forgotten by the end. Channing Tatum's character is a human-wolf hybrid, there are a race of typical grey aliens, there's another race of dragon gargoyles, there's another team of bounty hunters who can sometimes turn invisible, there's a planet of space police and space bureaucracy, and so on. And of course everything has to be explained at length, even though there's always the sense that there's far more out there to be explored. It's a film of world building rather than plot, flying in the face of conventional Hollywood storytelling that's always looking to make things simpler and easier to understand. 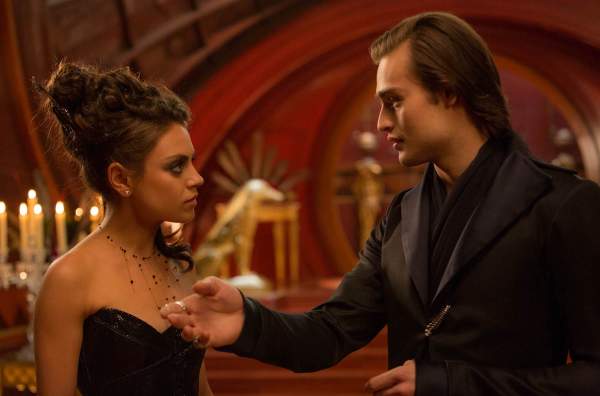 This often leaves the characters stranded, to the extent that Jupiter has to keep stopping the story to take stock of her situation and options. Eddie Redmayne as Balem Abrasax, the main villain, fares slightly better than Mila Kunis, if only because he can fall back on a fun combination of mumbling and shouting. Some of the cast are having fun like Redmayne - Tuppence Middleton and Douglas Booth round out the Abrasax clan, chewing scenery perfectly - but Sean Bean, Doona Bae and a few others get lost. However, while Jupiter is constantly being saved, the damsel in distress problem is neatly circumvented. This is her fantasy (Channing Tatum spends a whole action scene with his shirt off), but being a princess also comes with real political power and responsibility as well as nice dresses (which she often rejects as uncomfortable and impractical). 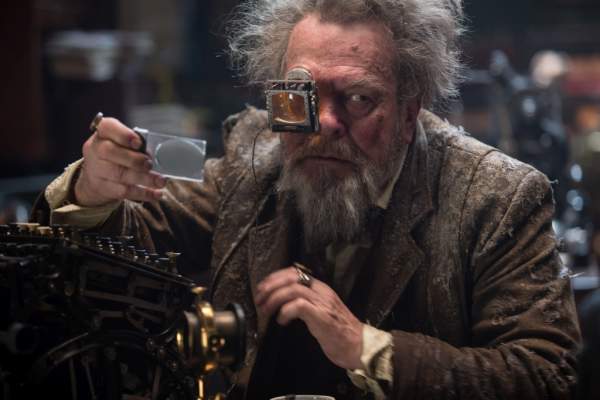 Jupiter Ascending aims for a very specific tone, one that might alienate a large part of its audience. But for those who grew up on trashy sci-fi paperbacks there's still a lot to enjoy.

Jupiter Ascending is in cinemas and IMAX now.