Tomorrowland: A World Beyond Review 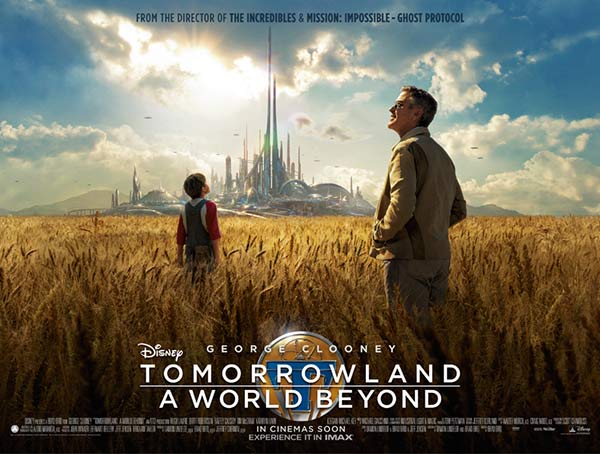 Tomorrowland: A World Beyond offers us a tantalising glimpse of an art deco retro-future world and then cruelly takes it away. It creates a universe and mythology with infinite possibilities only to tell the least interesting story within that, following disgruntled inventor Frank Walker (George Clooney) and idealistic teen Casey Newton (Britt Robinson) from place to place as they try to save the world. Everything is broken or dying, both here and in Tomorrowland, and the film wears its themes on its sleeve: the future used to be special, people used to dream, but now they've given up and are resigned to the inevitable end of the world.

It's meant to be inspiring but too often comes across as old man "back in my day" nostalgia, and too often indulges in the same "dreamer"-versus-normal-person smug elitism that has lead people over the years to reinterpret director Brad Bird's The Incredibles as Randian (which was perhaps a stretch, but at times it feels Tomorrowland is doubling down on the Objectivism - in order to create a better future "dreamers" literally need to go into another dimension and leave our dumb Earth behind - even while attempting to subvert it through the villain). 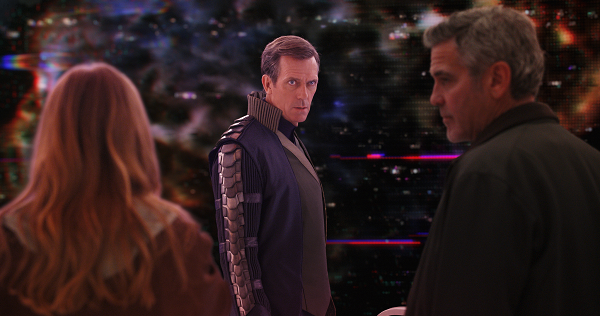 Who's the audience for this message? Allegedly it's for children, but all the signs - the '64 World's Fair, the Blast from the Past cult entertainment store - point to adults, specifically Baby Boomers, arguably the generation who are most responsible for global warming, overconsumption, corrupt politics, and all the pessimism the film decries. NASA was funded and went to the moon in '69 not only because it was a great scientific achievement that mankind have been dreaming about for centuries, but because it was a propaganda victory for the USA against the Soviet Union in the Cold War. Disney cared about imagination but he also cared about fat profits. Edison's genius wasn't in inventions but in his patents and ruthless persuit of people who violated them. Perhaps that's a bit too cynical for a family film like this to acknowledge, but when it so breathlessly romanticises the past and relentlessly denegrates the present a little balance would be appreciated.

There are still some good action moments. Killer robots make the perfect enemies, in that they can be sliced, diced, and repeatedly hit with a baseball bat while comfortably staying at the level of cartoonish violence. Maybe Tomorrowland would have benefited from being animated - it doesn't quite reach the heights of the action in The Incredibles, and animation can get away with the unsubteties, particularly in acting, that live action can't - but that sensibility is still there and is fun when it's allowed to be. If you can make it past the aforementioned lecturing, it's solid Disney family adventure fare.

Tomorrowland: A World Beyond is released in UK cinemas tomorrow, 22nd May.